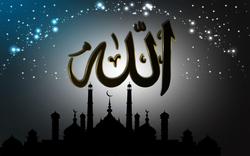 According to the Quran a Muslim is one who has absolutely surrendered to Allah and his commands and believes in pure Tawhid that isn't tainted with any Shirk and this is why the Almighty has introduced Prophet Abraham as a true Muslim in the Quran.
Please define the term Muslim using the verses of the Quran.


Concise answer
According to the Quran a Muslim is one who has absolutely surrendered to Allah and his commands and believes in pure Tawhid (the oneness of God) that isn't tainted with any Shirk and this is why the Almighty has introduced Prophet Abraham as a true Muslim in the Quran.
According to the Quran the true religion is Islam (surrender) (ان الدین عندالله الاسلام) and therefore all who have accepted religions of their time and have obeyed it's commands are considered Muslims.
All of those who embraced the holy religion of their time are called Muslims by the Quran, meaning that Jews and Christians were Muslims until they had to change to the new religion which was Islam, because they had surrendered to Allah and if they were named Christians and Jews it was only because their prophets were different not that they had not surrendered to Allah.
It is obvious that today the term Muslim is used only for those who embrace the religion of Prophet Mohammad, because they have shown their surrender to Allah through believing in Islam and obeying his commands. According to this definition today people of other religions are not considered Muslims because they have actually rejected surrendering to Allah through turning away from the new religion (Islam) that was sent down for them and they are no longer considered Muslims.
It must be noted that a true Muslim is one who not only believes in Islam but actually practices it in his life. So not only should Muslims submit to the one God and believe in the prophets but they should also act according to Islam's social teachings like respecting other people's rights in society and it's teachings that relate to one's personal life like fasting and praying. In the Quran a true Muslim is (usually) referred to by the term "Mu’min".

Detailed Answer
In order to understand the meaning of "Muslim" in the Quran it is necessary to understand the meaning of "Islam".
The word "Islam" is an infinitive with the root letters of "س ل م", the root letters mean healthy and devoid of an defects and corruption, but the infinitive means surrendering and obeying one's commands with no opposition. [1]
The Quran has used the term in its broad sense as well: "All of those who are in the heavens and the earth or all of the creatures in the heavens and the earth are Muslims and have (willingly or unwillingly) submitted to Allah’s  generative (takwini) or legislative (tashri’i) will."[2]
As for the Islam of people towards Allah, it means for them to be satisfied with their destinies that Allah (swt) has determined for them, both the destinies that have to do with what happens to the individual in this world and the ones related to Islamic rulings and the do’s and don’ts. [3]
In normal usage though, "Islam" denotes the religion that Prophet Mohammad brought to the people.[4]
The tie between the two meanings is that this religion is all about surrendering to Allah (swt) and adhering to His decrees and the laws He has legislated without question.[5]
In the Quran, not only those who were among the companions of prophet Mohammad are considered Muslims, but rather all people throughout history who have surrendered and submitted to Allah and rejected paganism are Muslims and this is why the Quran introduces Prophet Abraham as a Muslim even though he lived before prophet Mohammad.[6]
When Allah addresses the prophet saying: " Say:" I have been commanded to be the first who (becomes Muslim)." And do not be of those who set-up partners (for Allah)"[7], what is meant is the second meaning of Islam, meaning that the prophet was commanded to be the first one amongst his people to believe in what was revealed to him, not to be the first person in history to surrender to Allah because all other prophets that lived before him had already surrendered to Allah and obeyed his commands.
It can be understood from verse 85 of Surah Ale Imran (Whosoever chooses a religion other than Islam, it will not be accepted from him) and verse 3 from Surah Al Ma’edah (Today I have perfected your religion and am happy with Islam as your religion) that Muslims are only those who follow the religion of the prophet (pbuh), because by choosing Islam as their religion and believing in all previous prophets and divine religions, they have proven their submission to Allah (swt). According to this definition, today people of other religions are not Muslims because they have not surrendered to Allah by accepting the new religion that was revealed to the seal of prophets. Therefore nowadays only the followers of Prophet Muhammad are Muslims, even though they may not act according to the teachings and rulings of Islam. The first verse of Surah Hujurat shows that even if one does not truly practice Islam he is still considered a Muslim due to his belief. The verse is about a group of bedouins that came to the prophet saying that they had become believers (mu’mins) and thought by such, they were doing him a favor. The verse commands the prophet to tell them to say that they have become Muslims and not Mu’mins. Of course, although practicing does not change the fact that one is Muslim or not, but to be a true Muslim not only should one believe in Islam but he must also act according to his belief and the teachings and laws of his religion, let those laws be social ones such as haqqul-nas or personal ones such as prayer and fasting.
---------------------------------------------------------------------------------------------------------
[1]Al-Nokat wal-Uyun, (Tafsir Maverdi), vol1, p 379-380
[2] Tafsir Nemooneh, vol2, p 643
[3] Tabatabei, Mohammad Hossein, Almizan(translation), vol1, p 454
[4] Al-Wujuh wal-Nadha’er, vol1, p248.
[5] Mabadiul-Islam, p 7.
[6] Ale Imran:67.
[7] Anaam:14.
Tags: Quran Muslim question
Short Link rasanews.ir/201t7R
Share
1