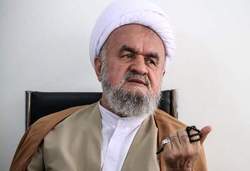 The member of the Assembly of experts, saying that the supreme leader has pushed enemies back, stated, “The enemy attempts to make Iran retreat through placing pressures.”

RNA - The representative of Qazvin to the Assembly of Experts, Hujjat al-Islam Islami, talking to Rasa News Agency, said that the US has long tried to topple the Iranian system of the Islamic Republic through pressures.”

He Said, “The US has attempted to stop the sale of Iran’s oil forming a marine coalition, however, once Iran downed the US drone, the equation changed.”

Saying that the purpose of enemy is to make Iran retreat and sit at the negotiation table, Hujjat al-Islam Islami maintained, “The US would achieve all its aims if there was no Resistance diplomacy and a strong doughty leader. The strong and wise leadership of the supreme leader together with the revolutionary step of the corps capturing the UK tanker pushed the enemy backwards.”

Finally, the member of Assembly of experts saying that the authority of the supreme leader and the Resistance diplomacy have shattered the dominance of the Western power, reiterated, “We have learned from the school of Ahl al-Bayt (AS) that we shouldn’t give in to the enemies. Our bitter experiences suggest that we shouldn’t trust in the pledges of the US as they go back on their promises.”