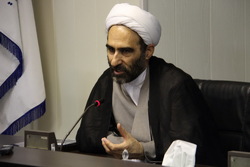 RNA - the chairman of Parliament’s Centre for Islamic Research said, “The Jurisprudence (Fiqh) of the Law is a specific field dealing with the epistemology of the law, components, requirements, interpretation, execution and culture of the law.”

Hujjat al-Islam Muballeghi reiterated, “the said fields were absent in Iranian universities, and now they are to be established through the cooperation of the universities and Parliament’s Centre for the Islamic Research. These two new fields are required for the reinforcement of the state’s legislation current.”

“The epistemology of the law, the focus of the Jurisprudence of the Law, deals with acquiring an accurate understanding of the law, its components and requirements”, he added.

Regarding the field of “the Legal Studies of the Parliament, he stated, “The other act of the Centre for the Islamic Research is establish the field of the legal studies on the parliament and legislation, this field was absent in the Iranian universities and it is to be established in order to fil the existing gap.”