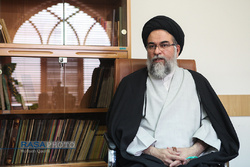 Medicine and medical profession have a special place in Islam

The slogan of revolutionary people ‘Our movement is Husayni, our leader is ‎Khomeyni’‎

Teacher in the Islamic Seminary:‎