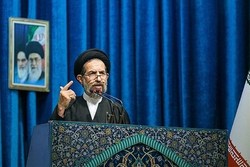 A top Iranian Cleric called for a tax reform in the country, urging the lawmakers and the administration to eliminate the tax loopholes that let certain groups avoid tax.

An appropriate tax system means that people should pay tax according to the profit they make, the cleric noted, saying tax evasion spoils competitiveness and results in economic corruption.

Aboutorabi Fard said the major economic corrupts that the Judiciary has brought to justice in recent months had all evaded paying tax on income.

He urged the parliamentarians to address the problem of tax evasion, denouncing such a crime as treason against the country and discrimination against taxpayers.

Over the past weeks, Iran’s Intelligence Ministry has disbanded several networks that have been earning huge profits by smuggling foreign currency, tax evasion and money laundering.