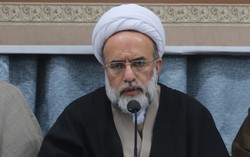 the office of iran's supreme leader representative in india published an estatement in response to insulting propaganda of saudi regime.
RNA _ Mahdi Mahdavipour the iran's supreme leader representative in india said: "I woud like to bring in the kind notice of all the Ulama and Momineen in India that the government controlled media of saudi arabi Arabia, while pursuing their enmity with the shias and the resistance and martydom seeking people of iraq, have lately carried out insulting propaganda against the Eminent Holy Marjah Hazrat Ayatullah al-Uzma Syed Ali Sistani (Allah Almighty Safeguard him)."
"We strongly deplore and condemn this slandering and dishonest act consider it as a revenge against this grea personality for issuing the famous eedict (fatwa) against ISIS (DAESH). ISIS and all other extremist militant outfits in the region are fully supported and backed by the Saudi regime. Thus, the defeat of these extremist outfits in Iraq have made the US and saudi regimes to target all those who played key roles in their defeats like the famous edict of the Grand Marjah Ayatullah Al-Uzma Sistani and the valiant struggles of Shaheed Haji Qasim Sulaimani and Shaheed Abu Mahdi Al-Muhandis and Hashd Al-Shabi movement in Iraq." he said.
"We pray Allah Almighty to safeguard the auspicious presence of all the Marjah and the Supreme Leader of Islamic Republic of Iran to defend the noble School of Thought of the Holy Ahlulbayt (A.S) and all the Hawzah Ilmea in the world." he said. 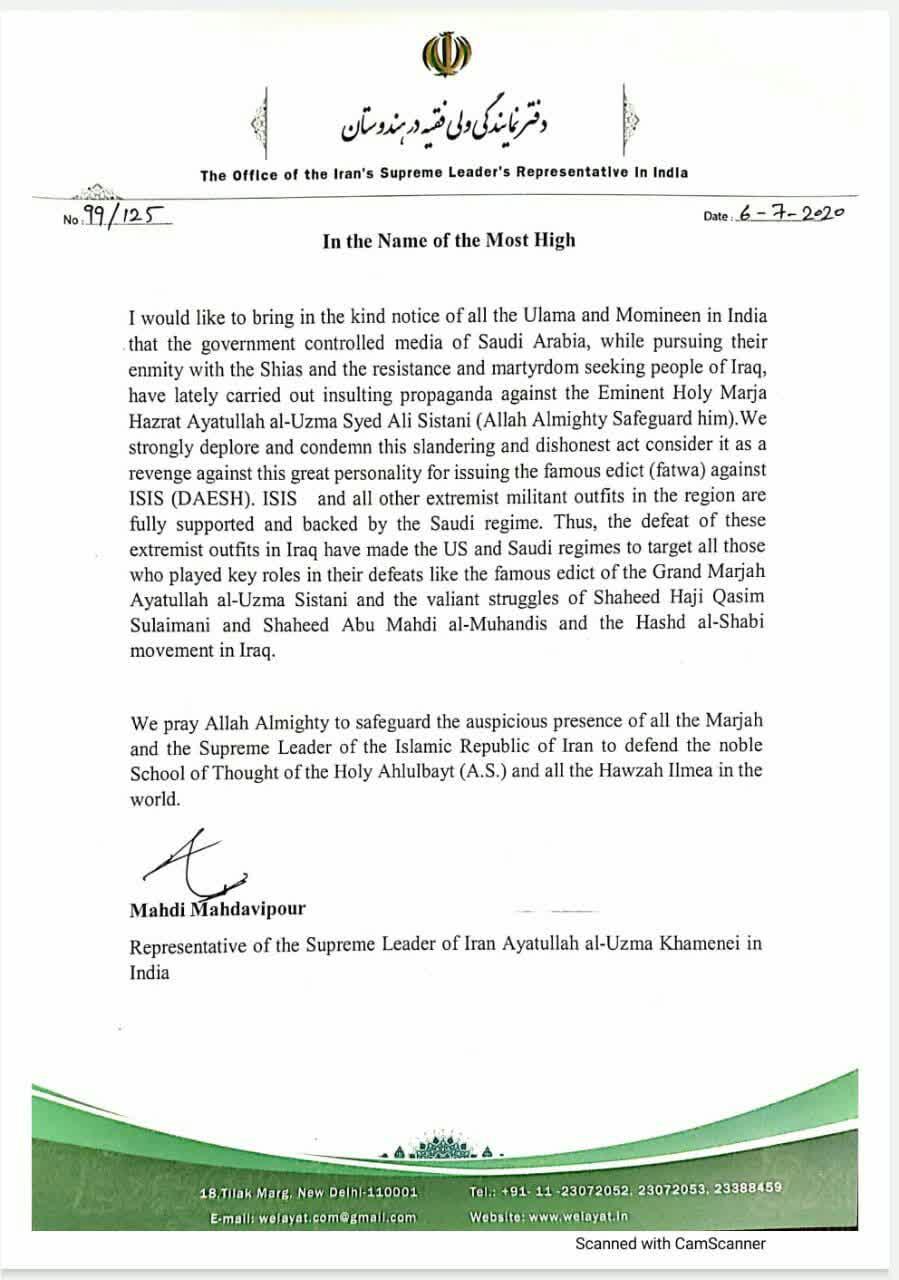