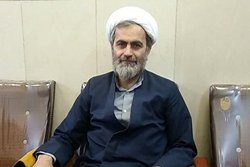 Hujjat al-Islam Hasani referred to the approval of the anti-Iranian resolution of the ‎IAEA and said, “Contrary to promises, sanctions increased and there wasn’t any ‎economic opening in the people’s lives.”‎

RNA – In an interview with Rasa News Agency, Hujjat al-Islam Abolhasan Hasani, a ‎political affairs expert, referred to the approval of International Atomic Energy Agency ‎‎(IAEA) Board of Governors’ recent anti-Iran resolution and said, “One of the losses of ‎the Joint Comprehensive Plan of Action (JCPOA) was the cunning of the government ‎officials with the society, which didn’t have any effect other than reducing the people’s ‎trust in the system and the JCPOA was implemented by spreading lies to the people. ‎The result was a dramatic drop in the turnout in the election.”‎

Referring to the Supreme Leader of the Islamic Revolution’s guidelines concerning the ‎JCPOA and providing his red lines to the government and said, “The efforts of the ‎heads of state during the negotiations with the JCPOA were foolish and they have ‎pretended that the leaders of the United States are trustworthy and tied Iran’s ‎prosperity and economic prosperity to the JCPOA and signed a disgraceful agreement ‎with Iran’s sworn enemies.”‎

He said, “One of the disadvantages of the JCPOA was that the negotiators of the ‎JCPOA sold a lucrative relationship with their strategic friends, as well as countries with ‎which we have mutual interests, wishing to communicate with Europe and the United ‎States.”‎

Hujjat al-Islam Hasani said, “Contrary to promises, the sanctions against Iran have ‎increased and there haven’t been any economic openings in the people’s lives.”‎

His Eminence stated that the JCPOA has reduced and stopped the achievements of the ‎domestic knowledge base, adding, “Due to the agreement of the JCPOA, Iran’s research ‎and nuclear achievements have been stopped and enriched uranium and heavy water ‎has been transferred abroad.”‎

He lamented the approval of the JCPOA in twenty-minutes in the Islamic Consultative ‎Assembly and said, “Representatives of both sides in the negotiations believe that the ‎only solution to economic development and the solution of internal problems is to ‎reach an agreement with the leaders of the Western countries.”‎

Hujjat al-Islam Hasani explained, “Some negotiators haven’t yet believed that the ‎United States is cunning and guilty of perjury, others are domestic infiltrators of the ‎arrogant powers in Iran and some have property and children abroad. For this reason, ‎they support Western interests at home and negotiations with the United States. For ‎this group, negotiations are a strategy and they must continue it at all costs but in the ‎eyes of the Islamic Resistance parties, negotiating with them is only a tactic, and this ‎group’s strategy is to rely on domestic resources.”‎

Referring to the new excesses of the West in the IAEA’s resolution, he said, “According ‎to the verses of the Quran, Jews and Christians will not be satisfied until they take the ‎Islamic discourse and identity away from them.”‎

Ayatollah Jannati at Meeting of the Guardian Council‎: