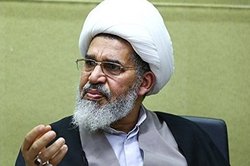 The deputy secretary-general of Bahrain’s Islamic Action Society said that Ayatollah ‎Khamenei’s religious authority had played an important role in the emergence of a new ‎Islamic civilization after the demise of Imam Khomeyni.‎

RNA – In an exclusive interview with Rasa News Agency, Hujjat al-Islam Abdullah Ibrahim ‎Saleh, the deputy secretary-general of Bahrain’s Islamic Action Society and a professor in the ‎Islamic Seminaries, referred to the death anniversary of Imam Khomeyni, the founder of ‎Iran’s Islamic Revolution, and said, “The school of thought of Imam Khomeyni is based on ‎standing up against oppression in the world, the abandonment of religious differences, and ‎the unity of the Islamic ummah.”‎

The Bahraini scholar stated that Imam Khomeyni placed great emphasis on confronting the ‎oppressors and arrogant powers of the world and added, “Such arrogant countries are ‎always seeking to exploit the people and plunder national wealth. Therefore, he confronted ‎the most oppressive country in the world, the United States, and supported the oppressed, ‎especially the Palestinian people.”‎

Hujjat al-Islam Saleh added, “The religious authorities (sources of emulation), which were ‎crystallized in the person of Imam Khomeyni and his successor, Ayatollah Khamenei, played ‎an influential role in the emergence of the modern Islamic civilization. Imam Khomeyni is the ‎key to liberation from the bondage of oppression and the oppressors, and he delineated the ‎path of the struggle against the arrogant.”‎

It is worth mentioning that Imam Khomeyni, the founder of the Islamic Revolution of Iran, ‎was born on the 20th of Jamadi al-Thani 1320 AH, (September 24, 1902) in the city of ‎Khomeyn in Markazi Province in a family of scholars, emigrants and jihad and joined the ‎supreme kingdom on June 3, 1989.‎