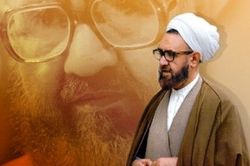 According to first verses revealed to Prophet Muhammad (PBUH), Islam is based on two fundamental elements; knowledge (علم بالقلم) and learning on one hand and elevating the soul and reaching human perfections (علم الانسان ما لم یعلم) on the other hand. For this, firstly we can claim that the Quran is an educational book and secondly, we can learn the comprehensive and general goals of the Islamic educational system.

RNA – All educational methods in Islam are essentially derived from the link between man and God and all branches of education originate from this link and its quality. Religion directs one’s philosophical attitude toward education and then to his educational goals and also religious culture will root in all aspects of his life.

Religious upbringing shows a way that eventually leads to life’s goal. Education and upbringing have long been under consideration of scholars and philosophers and thus it has been able to attract great thoughts.

Education and upbringing are the most aspect of man’s life in such a way that every deviation in it could lead to deviation in all other aspects. Human abilities are manifested in his life and man’s humanity is realized in life too.

This important issue has been under concentration in Islam so this religion has ordained proper rules for human upbringing. Obviously “a school which has clear objectives, comprehensive regulations, economic and political system, should have a specific educational system.”

One can find the philosophy of human creation in this point that Allah has created man so that he reaches perfection by proper education and upbringing and reach the ultimate goal of life. Knowing this ultimate goal, Islamic education would be of high importance and especially important. Islamic education and upbringing referred to creating a proper situation that provides ground for human innate talents to emerge and make him more mature and perfect. The time which provide an opportunity for talent to become flourished, it would be sacred and valuable.

Islamic upbringing and education in views of Martyr Mutahhari are based on some basic principles. The first principle is to cultivate human thought. Islam has greatly emphasized the principle of learning science and intellection, and also speaks in detail about the characteristics of sciences that human beings should seek to learn.

As Muslim thinkers have expressed, “teaching” is different from “reasoning”. Teaching is a one-way flow of information from the teacher to the learner, in which “the learner’s mind is like a warehouse in which a series of information is poured” and the learner has not any involvement in the quality or order of those concepts.

But “reasoning” refers to “cultivating learner’s intellectual power, making it to gain the independence and creating the initiative in it so that the learner can independently receive the raw information from various sources.” Strengthening the power of reasoning in a person will eventually make him a mujtahid, and “the real ijtihad is that when a new issue is presented to a person about which he has no precedent knowledge, he can immediately apply the principles correctly and reach a conclusion.”

The importance of the principle of upbringing in childhood

The most valuable thing in creation is divine Fitra (innate nature or natural constitution or original disposition) of man which nothing should be preferred to it and if there is a speech or action against it, it should be explicitly corrected. It is necessary to nurture and shape one’s Fitra as long as it is intact and divine, that is, in childhood and prepare it for the next level of life.

Human Fitra is like a tree that needs to be looked after from the very beginning and just like a tree that needs special care at every stage to be a large tree, human Fitra must be cared for at every stage to flourish and perfection. Humane and divine conduct can be considered as the fruits of this tree. Considering this crucial process, educational scholars have emphasized on establishing and consolidating moral qualities from childhood.

Referring to the opinion of educational scholars in the past about the consolidation of moral virtues in human beings, Shahid Motahhari says:

“From the perspective of past scholars, justice is something that is achieved when one is accustomed to piety. They said that man has moral virtues when he does not sin even in his sleep. For example, a person should be so honest that he does not lie even when he is asleep. That’s why there is so much emphasis on childhood education and that’s why it is said that education is the art of shaping habits.

At first, the human spirit is like a loose, flexible material like chalk, which is loose when it is poured into water, and then hardens. If we pour it into any mold as long as it is loose, it will be shaped like that mold. It can be shaped like a human or a pig or a rooster. In every mold, we pour, as soon as it is cooled, it takes on the same shape and hardens.

It is said that the human spirit and soul are in a flexible state in childhood and are loose like that matter, and the older a person gets, the less flexible he becomes. Accordingly, it has been said, “العلم فی الصغر کالنقش فی الحجر” (Knowledge in the minority is like a painting on the rock). Today, of course, scientists still pay more attention to education and upbringing in childhood.

The human personality is fully formed at the age of 50. Of course, exaggeration should be avoided. Because humans are changeable beings, they may change themselves at the age of 100. But there is no doubt that mental states are gradually formed and difficult to be changed.”

According to Martyr Motahhari’s viewpoint, the following points are inferred:

1- The foundation of education is established in childhood.

2- The possibility of upbringing in adolescence and youth decreases compared to childhood.

3- If an attribute is institutionalized in the human soul, it will be very difficult to remove it.