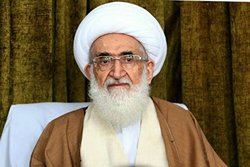 The revered source of emulation condemned the recent atrocities against Muslims in India and called for the Indian government to stop its violence against its large Muslim minority.

RNA – In a statement, Grand Ayatollah Hoseyn Nouri-Hamadani condemned the recent crimes against Muslims in India.

Last week, in the worst communal violence in decades in New Delhi, nearly 50 people were killed and over 100 wounded as groups chanting Hindu nationalist slogans torched mosques and dozens of Muslim houses.

According to the UK-based newspaper Independent, Hindu nationalist mobs roamed the streets of New Delhi on February 23, “burning and looting mosques together with Muslim homes, shops and businesses.”

“They killed or burned alive Muslims who could not escape and the victims were largely unprotected by the police,” the daily said in a Friday article, underlining that dozens of Muslims “were killed and many others beaten half to death” — including a two-year-old baby that was “stripped by a gang to see if he was circumcised, as Muslims usually are but Hindus are not.”

Since the passage of the controversial act on December 11, thousands of people across India, led mainly by Muslims and students, have been protesting against the legislation.

The message text of this revered source of emulation is as follows:

Recently, sad news about the situation of the oppressed Muslims in India has reached us and it is lamentable. Unfortunately, these heinous and painful atrocities are being carried out in the silence of the international media and the leaders of Islamic countries and human rights organizations have only observed this tragedy.

Undoubtedly, the people of India, with all their ancient history and culture alongside various religions and sects throughout history, have maintained a peaceful life throughout their history and will not allow anyone to create and ignite a fire of divisiveness in that country.

We hope that the government of India will end this issue as soon as possible through expediency and by taking into consideration the ancient culture and history of its people in the fight against arrogance and colonialism and that the Muslims of that country continue to live and act freely there, as in the past and we condemn the killings and discrimination.