Service : Religion » Religion
03 March 2019 - 08:31
News ID: 443687
A
The Components of the Religious Lifestyle According to the Supreme Leader of the Revolution (Second and last part) 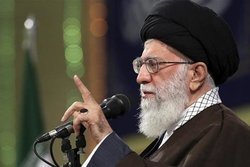 In general, and considering the sphere of the man, the current world and the Hereafter, three type of lifestyle can be assumed for the man.

RNA - The lifestyle encompasses two groups of components explored by different scholars: theoretical (values and identity) and objective elements (consumption and recreation), and here consumption is regarded as the main element. However; whether does a Muslim society, founded on the basis of belief in the Unseen and the Hereafter, follow the same examples followed by the western society? Here is the second part of the articel "Components of the Religious Lifestyle According to the Supreme Leader of the Revolution":

In general, and considering the sphere of the man, the current world and the Hereafter, three type of lifestyle can be assumed for the man;

Therefore it can be mentioned that the religious lifestyle is an almost cohesive and coherent set, encompassing all the objective and mental affairs of the individual or the group, due to which, the belief in the Hereafter, as the final goal of the creation, and seeing the world as the bridge to reach the eternal bliss in the Hereafter, form the basis of all the insights and orientations and accordingly, all behaviours and choices made by the individual or the group are directed by it.

The Concept of the Religious Lifestyle According to the Leader

According to the leader of the revolution, and as mentioned by narratives, the lifestyle is indeed the “knowledge of how to live”. In fact, it is the “software of the Islamic Culture”.

The leader defines two general lifestyles: Non-Tawhidi lifestyle, in which secular instructions, consumerism, hedonism and custom-based concepts of religion prevail; and the Tawhidi lifestyle, within which the heavenly directions are prevalent and influence policy, culture and economy.

The Components of the Religious Lifestyle According to the Leader

Overall, within the leader’s ideology, the components of the lifestyle can fall into five categories, and each category itself subsumes some other elements, and together, they delineate the general lines of life for a Muslim.

Certainly, the mind of each person is his main capital, and on the large scale, the manner of thinking and the types of the prevalent ideas and beliefs in each society determine the behavioural model of its people. According to the leader, issues such as faith, science/knowledge, avoiding the blind imitation and considering the values are the main components of this category.

Even in the western societies, there is a direct relation between the faith and life satisfaction. According to the leader, people having the following two characteristics are regarded as mentally healthy: Having life satisfaction, and others being satisfied with their behaviour and thought/ideas.

“Science/Knowledge; it gives a nation honour, power and security”, a nation with no science/knowledge can’t expect to have honour, independence, identity, personality, security and welfare. The leader describes the part of science/knowledge in even the simplest affairs of life as the heavy make-up and a thick clothe.

An important concern of the leader is attempting to train a generation that avoids blind imitation. Explaining the dimension of cultural conflict, he mentions, “I point to the cultural conflict, but some think what I mean is the boy who grows his hair long .... Cultural conflict is broader than what has been injected to the minds of Iranians for long years. They induce that you can’t and you have to follow the West. According to them, we shouldn’t believe ourselves”.

Diligence and observance towards the rituals suggest an effect that stands above the material sphere. The Islamic symbols shouldn’t be undermined; "That [is so]. And whoever honours the symbols of Allah - indeed, it is from the piety of hearts” (Haj, Verse 32).

Claiming that we are not hypocrite, some people omit the Islamic rituals, signs, behaviour and flag from their own and others’ life.

Attending the Cultural and Historical Values

Considering the category of values plays an important part in the formation of man’s thoughts and ideology. Ayatollah Khamenei the Supreme Leader of the revolution, assumes some subcategories for this category: 1. Islamic architecture 2.Attending the language, 3. Consideration of the history.

Following the Example of Ahl Al-Bayt (AS)

A highly significant component of the Islamic lifestyle is reading and examination of the lifestyle of Imams and prophets (AS). The Supreme Leader mentions: “God, the Almighty has ordered the Muslims to follow the prophet (AS). The Muslim society is truly Islamic when it adapts itself to the behaviour (model) of the prophet (AS).

The second category here, emphasized on by the leader, is the personal characteristics, and here the leader points to the following effective components: 1. Clothes and coverage, 2. Food and cooking, 3, Travelling and recreation, 4. Correction of the consumption pattern.

The narratives pointing to and emphasizing on the marriage suggest the significance and sanctity of the family in Islam. At this point, the leader also mentions some components: 1. Marriage, 2. Familial relationship, 3. Number of children

Regarding the culture of collective life, the leader points to some components for the Islamic lifestyle, which fall into two sub-categories: 1. Social discipline, 2. Being law-abiding

Another field within the lifestyle that should be attended to is business. In this field, Ayatollah Khamenei, the Supreme leader particularly emphasizes the following elements: 1. Working Conscience, 2. Collective working.