Rasa – Hujjat al-Islam Hasan al-Masri explained that a Christian bishop gave so much importance to attending mourning ceremonies in Muharram that he said that the revival of Ashura is part of the religious traditions of Christians. 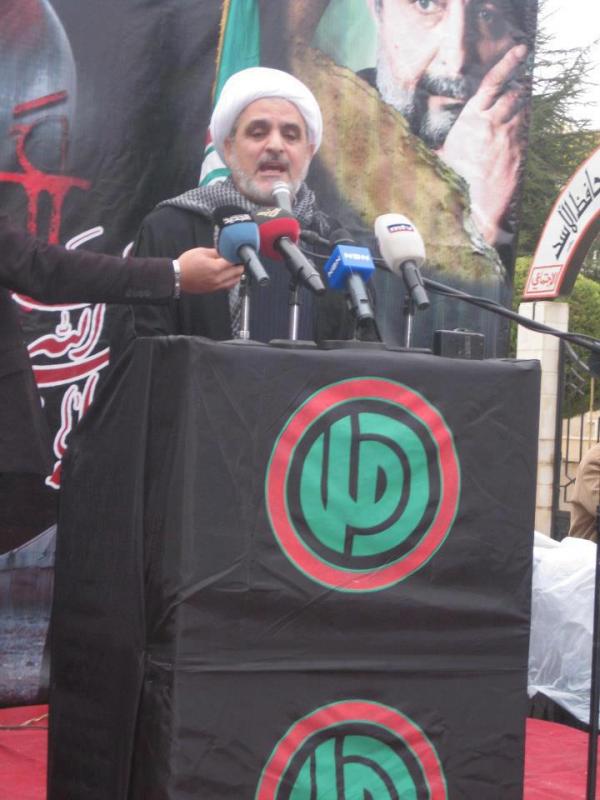 RNA – In an interview with Rasa News Agency, Hujjat al-Islam Hasan al-Masri, the vice-president of the Political Bureau of the Lebanese Amal Movement, referred to the Lebanese Shi’a religious traditions during the solemn month of Muharram and said that we have learned about the tragedy of Ashura from our scholars and great sources of emulation, especially from Imam Musa al-Sadr.

The Lebanese cleric stated that Ashura is a human and worldly inheritance and this means that every oppressed person in the world can claim a share in the revolution of Imam al-Husayn. In regard to the revival of this everlasting incident, of which the name has been carried to every place and every time, each revolution is honoured that it is the continuation of the path of Imam al-Husayn.

“Here in Lebanon, we must strive to create empathy among all the ethnic and religious groups, including Shi’as and Sunnis, in a civilized manner so that even Christians are willing to observe our commemorations during the ten days of Muharram,” he said.

Hujjat al-Islam al-Masri explained how to interact with Sunnis, Shi’as, Christians and other religions in the revival of Husayni rituals and said: “When one looks at the Lebanese media to understand the mourning ceremonies of Muharram, he will realize that Lebanese Shi’as have never sought to create tensions with other Islamic sects and other religions.”

His Eminence added that all heavenly religions and religious and political movements, such as Hezbollah, the Islamic Shi’a Supreme Council, the Amal Movement have a role in reviving Husayni rituals and added that a Sunni mufti has said that the path of Imam al-Husayn only belongs to him and a Christian bishop gave so much importance to attending mourning ceremonies in Muharram that he said that the revival of Ashura is part of the religious traditions of Christians.

Hujjat al-Islam al-Masri added, “All were certainly aware that Imam al-Husayn is a teacher for the whole world and as Mahatma Gandhi said, ‘I learned from Husayn how to be wronged and be a winner, I learnt from Husayn how to attain victory while being oppressed.’”

The senior leader of the Amal Movement stressed, “Perhaps it could be said that Lebanon is the only country where Shi’as, Sunnis and Christians can revive Husayni rituals with peace of mind and inner satisfaction.”

Tags: christianity Hasan al-Masri Imam Husayn Ashura Muharram Husayn Amal Movement Lebanon Islam and Christian relations Christians Sunni Amal Christian
Short Link rasanews.ir/201mMz
Share
0
Please type in your comments in English.
The comments that contain insults or libel to individuals, ethnicities, or contradictions with the laws of the country and religious teachings will not be disclosed