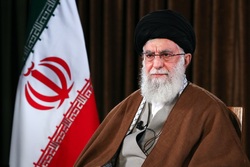 Rasa - At the time of writing this item, the new account had more than 2,000 followers. Two tweets have been posted by the account so far.

Iran is India’s third oil supplier, with Indian companies importing 12.5 million tonnes of crude from the Islamic Republic in the period running from April 2017 to October 2018.

Prime Minister Narendra Modi visited Iran in May 2016, the first by an Indian person in that capacity in 15 years.

Iran's President Hassan Rouhani also paid a visit to India in February 2018 at the official invitation of Modi.

During his visit to India, Rouhani was accompanied by a political and economic delegation, including Foreign Minister Mohammad Javad Zarif and a number of representatives from the Iranian private sector.