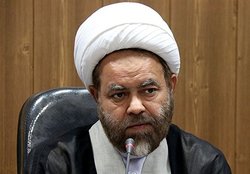 Hujjat al-Islam Kalantari‏ ‏said that proving the basis of Wilayat al-Faqih is necessary to take ‎responsibility and added, “Intellectual and doctrinal weakness regarding the basics of Wilayat ‎al-Faqih leads to degradation and regression from the system.”‎

RNA – In an exclusive interview with Rasa News Agency, Hujjat al-Islam Ali-Akbar Kalantari, ‎the representative of people of Fars province in the Assembly of Experts of the Leadership, ‎referred to the position of Wilayat al-Faqih [Guardianship of the Jurisprudent] and said, “The ‎issue of Wilayat al-Faqih and the rule of the Islamic jurisprudent over the country is a ‎fundamental and intellectual issue more than an executive issue.” ‎

Hujjat al-Islam Kalantari said that intellectual and psychological weaknesses cause people to ‎make mistakes and added, “If human beings don’t have the necessary moral and intellectual ‎strengths, they will suffer from weakness and will fall behind with only a few problems and ‎when dealing with obstacles in both the long and short term.”‎
‎ ‎
His Eminence said that intellectual weakness in the principles of Wilayat al-Faqih will lead to ‎degradation and added, “It’s natural that those who don’t have a good intellectual state of ‎mind regarding Wilayat al-Faqih to make mistakes if they encounter obstacles and if ‎problems aren’t solved for them in the stage of responsibility and degradation.”‎

He pointed to the lack of insight among some people in the early days of Islam and stated, ‎‎“This matter also existed during the early days of Islam and during the time of the Holy ‎Prophet [Muhammad], wherein some people helped the Prophet from the beginning to the ‎end and they were in the service of Imam Ali and Imams al-Hasan and al-Husayn and they ‎protected themselves and stood firm. Such people were intellectually and practically strong, ‎but at the same time, they were people who gradually believed and didn’t spend their ‎resources after the victories. They were looking for worldly spoils and objectives. They ‎usually made mistakes during the time of the Prophet and their weakness was obvious and ‎they didn’t have a solid foundation. This issue also exists in the system of the Islamic ‎Republic of Iran.” ‎

Hujjat al-Islam Kalantari said, "At the beginning of the Islamic Revolution, some people were ‎heartbroken and were even ahead of Imam Khomeyni in their slogans but after the victory ‎of the Islamic Revolution had passed, war and comprehensive wide-ranging pressures of the ‎arrogant powers, many of these people expressed regrets regarding their past and all of this ‎is due to their intellectual and psychological‏ ‏weaknesses.”‎

Representative of Fars in the Assembly of Expert: