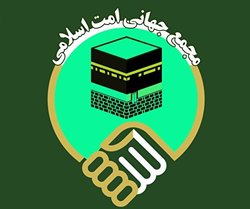 The World Forum of the Islamic Ummah considered the silence of the people of the world in the face of against the crimes of Hindu extremists against Muslims in India means the destruction of humanity.

RNA – In a statement, the Islamic Ummah World Forum reacted to the crimes by the Indian army and Hindu extremists against Muslims in the South Asian country.

Over 40 people were killed by Hindu mobs this week, with hundreds more reported injured amid news accounts of largely useless police intervention to end the violence and meager international criticism of New Delhi’s failure to protect its minority Muslim population.

According to the UK-based Independent newspaper, Hindu nationalist mobs roamed the streets of New Delhi on February 23, “burning and looting mosques together with Muslim homes, shops and businesses.

The text of their statement is as follows:

Unfortunately, at the same time as US President Donald Trump’s visit to India, we have seen increasing pressure on Muslims, such that dozens of Muslim men, women and children have been killed in a deplorable manner.

The crimes against Muslims can’t only be summarized in attempts to exterminate them but the Muslim holy book, the Quran, has also been desecrated and mosques haven’t been protected from attacks by extremist Hindus.

The time for silence against such barbaric acts that are contrary to humanity, international law and religious freedom has come to an end and the assemblies, organizations and the people of the world must either respond to these actions or await appropriate the day when they will also contend with these extremists.

Are the Islamic and Arab countries asleep or have they been put to sleep? Don’t they see their brothers and sisters in faith being buried alive in a brutal way? What does the silence of these countries mean? Why aren’t they pressuring the Indian government to back down from their crimes? Any sort of silence on this important issue in the Muslim world is a declaration of consent to the killing of the Muslims of India.

The Islamic Ummah World Forum calls on all opponents of violence, extremism and the supporters of world peace to break their silence and prevent such crimes from ever happening again.