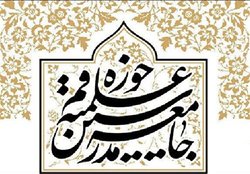 In a statement, the Society of Seminary Teachers of Qom appreciated the presence of the Iranian people in the recent elections and emphasized that the elected representatives must serve the people and place solving their problems at the top of their agenda.

RNA – In a statement, the Society of Seminary Teachers of Qom praised the Iranian people for their participation in the February 21st legislative elections.

Iran's interior minister says over 24 million Iranians, out of a total of about 58 million eligible voters, took part in the elections, putting the overall voter turnout at 42.57 percent.

The Society of Seminary Teachers of Qom’s statement is as follows:

The proud presence of the epic people of Islamic Iran on February 21st was another golden leaf from the office of bravery and loyalty to the Islamic Revolution. Yes, the noble Iranian people, despite months of plots by the arrogant powers, created another epic with its overwhelming and hopeful presence at the ballot box!

In recent months, the enemies of the Iranian people have been trying to dissuade the people from participating in the elections under various pretexts from political and economic pressures to news bombardment and terrorism and even to various rumours about diseases. Certainly, each of these cases could have severely affected popular participation in various countries, stopped or delayed the elections, but the Iranian people, once again ignored these vicious plots and proved their loyalty to the Islamic system.

Greetings and peace to you dear people who have always made long strides towards increasing the country’s prestige and independence through your conscious participation in the elections! With your unwavering determination, you have once again demonstrated the national dignity and authority of Islamic Iran to the world. Undoubtedly this religious, political, revolutionary act and your passionate insight and presence will have a tremendous impact.

Your glorious and enemy-defeating presence in the election for the eleventh term of the Islamic Consultative Assembly and the midterm election of the Assembly of Experts was a sign of the people’s attachment to the Islamic system and revolution. The presence of the people was another response to the ideals of the revolution, the Imam and the martyrs, especially allegiance to the proud martyr and the hero, General Haj Qasem Soleymani, who was brutally assassinated by the government of the United States.

The rivalry is now over and the elected representatives must serve the people and place solving their problems at the top of their agenda. Undoubtedly, protecting the achievements of the Islamic Revolution and the Islamic Republic and standing up and resisting the arrogant powers and greedy will be among the serious priorities that the Islamic Consultative Assembly and representatives must adhere to from the beginning of its formation to the end of its term.

The Society of Seminary Teachers of Qom appreciates the presence of the people who are always on the scene and the general political movements attached to the system and also, the Supreme Leader of the Islamic Revolution and the sources of emulation, who provided them with an atmosphere which is friendly and free of tension for the holding of worthy elections.

We also appreciate those involved in the executive and oversight branches, the military and law enforcement, security and public media, in particular the Islamic Republic of Iran Broadcasting.