Rasa – Ayatollah Nouri-Hamadani said, “The uprising of Imam al-Husayn was to fight against the oppression and corruption of the rulers who ruled in the name of Islam and created a fundamental deviation in religion.” 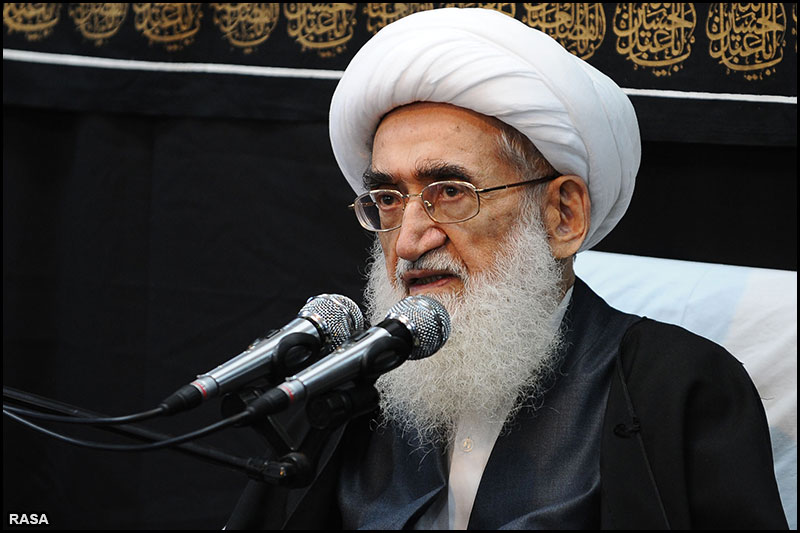 RNA – In a meeting with a group of missionaries from the Islamic Seminary in Lebanon, Grand Ayatollah Hoseyn Nouri-Hamadani said, “We are once again on the eve of the month of Muharram where we all must go forth to participate in mourning commemorations for the ‘Master of the Martyrs’ [Imam al-Husayn].”

“Establishing mourning commemorations for the family of the Prophet Muhammad in the best manner and consider serving this family as a great honour,” His Eminence added.

The revered Iranian source of emulation stated that the expression of the slogans of the ‘Master of the Martyrs’ and its explanation is one of the greatest duties that must be achieved in the lectures given during the month of Muharram and noted, “Everyone should know that the uprising of Imam al-Husayn was to preserve the religion of the Prophet Muhammad and to prevent deviation in the divine religion and was the main factor in the continuation of the religion of Islam.”

The renowned teacher in the Islamic Seminary of Qom added, “On this basis, the enemies are  afraid of Muharram and Ashura and our mourning and for this reason, we must establish the best mourning commemorations for the Ahlul-Bayt and do not hesitate to take any action to hold and revive such commemorations.”

He said, “Of course, we must be careful about the acts which lead to the weakening of mourning for the ‘Master of the Martyrs’ and no not engage in such action which the enemies use to destroy the image of Shi’ism. We do not consider tatbir or self-flagellation as permissible.  The enemies see videos of Shi’ahs performing tatbir and post them on the internet or take them to other countries and introduce the Shi’ahs as gruesome liars who are engaged in deviating the people from the true path.”

In conclusion, Ayatollah Nouri-Hamadani said, “We should know that everywhere during these days, the effects of mourning must exist and everyone should attend mourning commemorations and engage in mourning rituals. We have been able to eliminate doubts regarding our mourning rituals over the course of history and the tragedy of Imam al-Husayn must be commemorated with glory.”

Muharram, which begins on September 21st this year, is the first month of the Islamic calendar, is a sacred month for all Muslims. Its reverence is heightened by the Day of Ashura, the tenth day of the month, when Imam al-Husayn, the grandson of the Prophet Muhammad, was mercilessly martyred along with his family and friends for standing up against oppression by the then-tyrant caliph, Yazid.