Religion is the solution to terrorism, not the problem

Rasa – Christian and Muslim leaders have united to condemn religious extremism and promote the importance of interfaith dialogue. 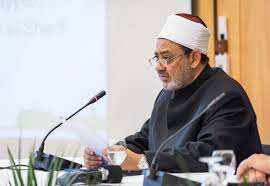 RNA – A two-day meeting between the Muslim Council of Elders (MCE) and the World Council of Churches (WCC) last week focused on the vitality of working for peace and countering violence, especially that which is committed in the name of God.

“Religion came to establish peace between people and lift the injustice of the oppressed as well as to emphasis the sanctity of human blood,” said Grand Imam of al-Azhar Dr Ahmad al-Tayyib, chairman of the MCE.

He added it is a cause of sadness that religions are considered responsible for the rise of terror.

“Terrorism, which blames religions, mainly Islam, does not differentiate while promoting its acts,” he continued.

“No difference is made between a religious person and an atheist, or between a Muslim and non-Muslim. At a quick glance at the victims of terrorism, it is confirmed that Muslims themselves are more than paying the price of this terrorism with their blood.”

al-Tayyib said it was vital that faith leaders do more than simply condemn acts of violence and terror.

“That is like working on separate islands, which results in weak targets, with no concrete and influential impact on the ground,” he said. “However, a joint action must be coordinated to confront the phenomenon and working on the proposed solutions to intellectually, scientifically, socially and educationally confront that phenomenon.”

Bishop Anba Angaelos, general bishop of the Coptic Orthodox Church in the United Kingdom, agreed that working together is critical.

“Developments over the last years are greater than any individual, church, religion or even state can fix alone,” he said. “There must be a new form of dialogue that changes the narrative from helplessness and conflict to the one of hope and promise.”

“This new dialogue cannot have tolerance as its baseline. Acceptance is what we must be aiming for.”

The bishop added that “Religion cannot be seen as an enemy” but must instead “be seen as an ally both to the state and civil society.”

He continued: “We cannot continue to be seen as a problem, but we must rightly be recognized as a solution.”

General Secretary of the WCC, Rev Dr Olav Fykse Tveit, Norwegian Lutheran theologian, said it was important to recognize that many Christians and Muslims have used religion to justify violence.

“But if religious people can be honest with each other about the ways in which religion has been used to underpin violence – we can also find the ways together for religion to be part of the solution,” he said.

Tags: Ahmad al-Tayyib Sunni Cleric Islam Sunni Scholar Shia Sunni Islam and Christian relations Christians Sunni Christian
Short Link rasanews.ir/201mKt
Share
0
Please type in your comments in English.
The comments that contain insults or libel to individuals, ethnicities, or contradictions with the laws of the country and religious teachings will not be disclosed