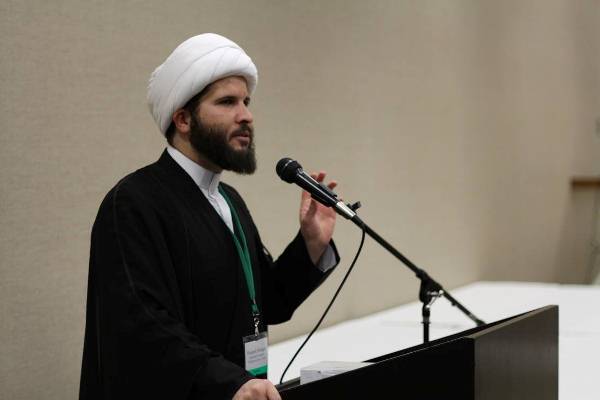 RNA – In an interview with Rasa News Agency, Hujjat al-Islam Hamza Sodagar, an Iranian-American Islamic scholar and a popular English-language preacher in the West, noted that in his letter to the youth of Europe and North America, the Supreme Leader of the Islamic Revolution, Ayatollah Sayyed Ali Khamenei, said that Western societies are generally interested in Islam and this must be understood.

“The reasons for this are many. One reason is the spiritual vacuum in Western countries. Another reason is the Islamic Revolution,” Hujjat al-Islam Sodagar said.

He said that it is true that as we go further, the spiritual situation of Western countries has become worse day by day and this bad situation has grown exponentially. If the Islamic Revolution never occurred such a wave would have never happened. It must be understood that Western officials have understood this well.

“The Islamophobic policies of the West were created precisely to deal with this wave,” the renowned scholar said.

The Washington DC-raised Shi’a cleric said that since the events of September 11, 2001 many people have studied and understood the many lies that have been attributed to Islam. These people have used their personal money to establish independent radio stations where they speak out against the form of Islam that the mainstream American media is spreading.

“After the lecture I asked him ‘if you have to escape, what country do intend to go to?’ Glenn replied, ‘there is one place in the entire world that is safe and that place is Iran. This belief comes from a white American [Catholic]… This type of people in the United States are not few,” he said.

Hujjat al-Islam Sodagar explained that after Islamophobia, the second policy that Western officials apply in order to deal with the wave of attraction to Islam is promoting deviant forms of Islam. There are two kinds of deviant Islam that the West is promoting – Saudi-propagated Salafism and “American Islam” or secular Islam, an example of which is Turkey.

Tags: US Hamza Sodagar Iran Islam American Muslims Iranophobia Americans American Islamic Republic of Iran Islamophobia USA Islamic Revolution America
Short Link rasanews.ir/201mIx
Share
0
Please type in your comments in English.
The comments that contain insults or libel to individuals, ethnicities, or contradictions with the laws of the country and religious teachings will not be disclosed