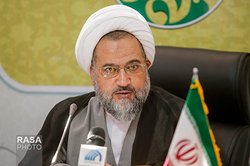 Ayatollah Alidoust referred to those groups who are opposed to Shi’ism and stated, “These groups are deviant waves who are affiliated to Wahhabism and it’s possible that they may somehow distance themselves but they sit at the table with Wahhabis.”

RNA – In an exclusive interview with Rasa News Agency, Ayatollah Abolqasem Alidoust, a member of the Society of Seminary Teachers of Qom, referred to some efforts to harm Qom, “There are five groups on the social scene who are opposed to a city like Qom. Of course, it should be noted here that the meaning of Qom is not the city of Qom itself but rather the flow and culture of Qom. The first category includes people who are opposed to any religion. In Iran and outside of Iran, there are people who are opposed to every sort of religion.”

His Eminence said, “It’s possible that a person may adhere to one religion but they have problems with Islam, the Quran and the Prophet Muhammad. When a Christian cleric burns the Quran, it’s clear that he is at odds with Islam and naturally such a person is also opposed to Makkah, Madinah and Qom.”

Ayatollah Alidoust stated that the third group in this division are those who are opposed to Shi’ism and stated, “These groups are deviant waves who are affiliated to Wahhabism and it’s possible that they may somehow distance themselves but they sit at the table with Wahhabis. These groups are opposed to Qom and its related seminary institutions in Qom.”

His Eminence described the fourth group in this division are those movements which are opposed to the Islamic Republic and said, “These movements may be outside of the country, such as in the United States, or they may be inside the country but they are dissatisfied and Qom is the source of the Islamic system and Islamic Revolution and they see the city as a significant and distinctive influence. Naturally, their opposition to the Islamic system and Islamic Revolution is unloaded on Qom.”