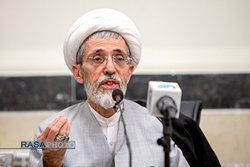 RNA – In an exclusive interview with Rasa News Agency on the 31st anniversary of the issuance of Imam Khomeyni’s “Charter of Clergy”, Hujjat al-Islam Hashem Niazi assessed the developments in the Islamic Seminaries on the basis of this charter and said, “During the term of Ayatollah Arafi, who had a wealth of experience in managing al-Mustafa International University, good steps have been taken in the field of the development of the Islamic Seminaries.”

The member of the Assembly of Experts continued, “The formation of jurisprudential seminaries that are responsive to the needs of the community is observable, although it may not be appropriate to begin with a broader focus on religion, but with the movement that has begun, a good future awaits the seminaries.”

Hujjat al-Islam Niazi continued, “The seminaries haven’t been indifferent to performing their duties towards the Islamic system, although there are vacuums and we hope that these vacuums will be filled.”

The member of the faculty of al-Mustafa International University emphasized that today’s great scholars are responding to the needs of the system to the best of their ability, said, “Of course, today the duties of the seminaries are very different from those of the pre-revolutionary period.”

Tags: Niazi Iran Seminary Qom al-Mustafa
Short Link rasanews.ir/201ssI
Share
2
Please type in your comments in English.
The comments that contain insults or libel to individuals, ethnicities, or contradictions with the laws of the country and religious teachings will not be disclosed