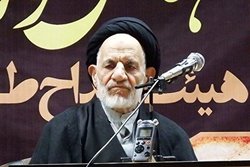 RNA – Speaking during a meeting with the cultural authorities of South Khorasan province, ‎‎Hujjat al-Islam Sayyed Alireza Ebadi, the representative of the Supreme Leader of the ‎Islamic Revolution in South Khorasan province, said, “Today, society is more likely to speak ‎about the social damages of the internet and social media but if we can use the potential ‎capacity of the internet in a proper manner, it can be used to advance cultural and ‎revolutionary goals.”‎

The Friday prayer leader of Birjand added, “Just as the internet is often raised in specialized ‎and non-specialized meetings, if it’s misused, not only doesn’t it explain cultural and ‎revolutionary aspirations but rather also promotes the issue of cultural invasion and ‎diminishing the ideals of the Islamic Revolution.”‎