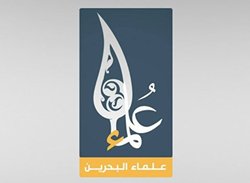 Rasa – A group of Bahraini scholars have announced in a statement that in this country, the ‎Al Khalifah regime promotes authoritarianism and tyranny ‎and has the lowest level of ‎rationality.‎

RNA – In a statement, Bahraini religious scholars announced that organized confrontation ‎against the freedoms of the people of this Persian Gulf country, especially their religious ‎freedoms, continues.‎
‎ ‎
The statement said that these attacks against the religious community in Bahrain, especially ‎the country’s Shi’ah Muslim majority, was initiated by the Al Khalifah regime as a series of ‎oppressive measures that were aimed at the core group of people in the country, meaning ‎the Shi’ahs, who don’t accept dictatorship.‎
‎ ‎
The Al Khalifah regime arrested some religious scholars and lecturers in line with the ‎oppressive politics that this regime has placed at the forefront of its actions.‎

The scholars noted, “Even if someone reads a Tweet that the dictator doesn’t like, they will ‎be punished!” ‎

The statement added, “Bahrain is currently facing the worst period of its history and this has ‎been fueled by the authoritarianism and tyranny by the regime, which has the lowest level of ‎rationality. Which rational policy allows for the disregard to all segments of society to hold a ‎meeting on the sale of Palestine and Islamic holy places? It was a brutal and scandalous ‎meeting that the demonstrated that the organizing officials don’t value the opinion of the ‎people.”‎

The statement emphasizes that the Al Khalifa regime doesn’t value the will of the Sunni and ‎Shi’ah people but alas, the Bahraini people are deprived of their religion, dignity and ‎sacredness.‎

Since 2011, when a popular uprising began against Al Khalifah regime, Manama has ‎‎prosecuted hundreds of anti-regime protesters in mass trials and banned main opposition ‎‎groups as a part of a heavy-handed crackdown aimed at stifling opposition voices.‎

During the past seven years, thousands of anti-regime protesters have continued ‎‎demonstrating across the Persian Gulf country on an almost daily basis, demanding that the ‎‎Al Khalifah regime relinquish power and allow a just system representing all Bahrainis, most ‎‎of whom Shi’ah Muslims, to be established.‎

Tags: Bahrain Shiah Sunni Al Khalifah
Short Link rasanews.ir/201rq0
Share
0
Please type in your comments in English.
The comments that contain insults or libel to individuals, ethnicities, or contradictions with the laws of the country and religious teachings will not be disclosed