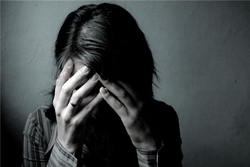 The suicide rate among youth in the United States has been on the rise for nearly a decade, with the sharpest increase in young girls, according to a new study.

RNA - Between 1975 and 2016, about 85,000 American youth aged 10 to 19 took their own lives, according to the study by Nationwide Children’s Hospital in Columbus, Ohio, World News reported.

From 2007, the suicide rate began to rise, by 13 percent per year among girls aged 10 to 14 years and by 7 percent among boys in the same age range, according to the report published in the JAMA Network Open.

Similar trends were seen among kids aged 15 to 19, with a decline until 2007, then annual increases of 8 percent among girls and 3.5 percent among boys.

“What we saw was a significant disproportionate increase in younger female rates,” said the study’s lead author, Donna Ruch, adding, “There’s been a gender paradox where we always see rates of death higher in males than in females, but there is a higher rate of attempts and suicidal ideation in females.”

Ruch suspects that the bigger increase in deaths among girls is related to changes in the methods girls choose to try to kill themselves.

“Now they are using more lethal means,” Ruch stated, noting, “And that really concerns us.”

Suicide is the second leading cause of death among youth aged 10 to 19 years in the US, Ruch and her coauthors note.

Suicide expert Ian Rockett suspects that the numbers in the study are an underestimate of the number of girls who kill themselves.

“We know that females are more inclined to use drug intoxication as a method,” said Rockett, a professor emeritus in the epidemiology department at West Virginia University in Morgantown, and an adjunct professor of psychiatry at the University of Rochester Medical Center in New York.

“That’s less likely to be picked up as a suicide. And the narrowing (of the difference in suicide rates between boys and girls) reported in this study would be greater, I suspect, if they had truly accurate data,” he added.

Rockett believes that the US media may play a role in the rising rates of suicide among young people.

He points to a soon to be published paper he’s coauthored that links the Netflix television series “13 Reasons Why” with increased suicide rates among both boys and girls.

“The association we found is actually stronger in females,” he said, adding, “And that should be a cause for concern related to exposure to mass media.”