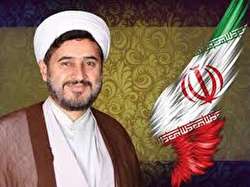 Rasa – Hujjat al-Islam Yousef Hoseynnejad‎ said that if there aren’t any Islamic and ‎revolutionary tendencies in society, over time ‎society will be influenced by the Western and ‎Eastern cultural environments and ‎revolutionaries won’t exist in society.‎

RNA – In an exclusive interview with Rasa News Agency, Hujjat al-Islam Yousef ‎Hoseynnejad, a faculty member ‎of the Institute of Islamic Sciences, referred to the ‎emphasis of Imam Khomeyni, the late founder of the Islamic Revolution, and Ayatollah ‎Khamenei, the Supreme Leader of the Islamic Revolution, to Islamize the society in all ‎aspects and stated, “The requirements of social life are tendencies, insights and the ‎knowledge that are prevalent in that society, meaning the society provides an environment ‎that promotes the development of the society.”‎
‎ ‎
He argued that if there aren’t any Islamic and revolutionary tendencies in society, over time ‎society will be influenced by the Western and Eastern cultural environments and ‎revolutionaries won’t exist in society and stated, “Responsibility for the promotion of ‎revolutionary culture lies with the seminary and other academic centres.”‎

Hujjat al-Islam Hoseynnejad added, “If the seminaries aren’t revolutionary, it means ‎abandoning society for the influence of the Western and Eastern cultures. For this reason, ‎the revolutionary seminaries play a decisive role in preventing the deviation of society and ‎protecting the values and ideals of the Islamic Revolution.” ‎

He ‎argued that the main task of the supreme seminary institutions is in the field of policy ‎and said, “Policies must be formulated based on Islamic and revolutionary principles, the use ‎of Western and Eastern patterns cannot solve the problems of the seminary.” ‎

In conclusion Hujjat al-Islam Hoseynnejad ‎said, “The seminaries are considered as be the ‎most important element in the advent of the Islamic Revolution and the founder and ‎flagbearer of the Revolution are also seminarial characters. Therefore, the separation of the ‎seminaries from the Islamic government is meaningless.” ‎

Tags: Hoseynnejad revolution Islamic Revolution Iran Seminary Qom Hawzah
Short Link rasanews.ir/201rO6
Share
0
Please type in your comments in English.
The comments that contain insults or libel to individuals, ethnicities, or contradictions with the laws of the country and religious teachings will not be disclosed