Some people have suffered from ‘political Alzheimer’s’‎ 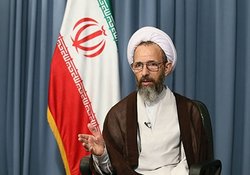 Rasa – A member of the Society of Seminary Teachers of Qom pointed to the insistence on ‎compromising with enemies among some individuals and said, “Some people have suffered ‎from political Alzheimer’s and have forgotten past experiences.”‎

RNA – In an exclusive interview with Rasa News Agency, Ayatollah Mahmoud Rajabi, a ‎member of the Society of Seminary Teachers of Qom, referred to the damages done by the ‎Westernized elite in Iran by launching a game of compromise with the enemies and said, ‎‎“The logic of our wisdom and our experience is that negotiations with the United States and ‎the enemies not only don’t solve the problems of the country but rather they add to the ‎country’s problems.”‎

The deputy director of the Imam Khomeyni Education and Research Institute noted, “The ‎West is the enemy of Islamic culture, and if it can gather the means, reason says that the ‎problems of followers of Islamic culture cannot be solved with Western culture because it ‎will add to the problems of the Islamic society.”‎

He said that the experiences before and after the Islamic Revolution demonstrated that ‎Western secular culture was always trying to harm the Revolution and Islam and added, “The ‎West was only thinking about its own interests and wanting to plunder the country’s wealth, ‎Therefore, negotiating with the enemies means surrender and slavery.”‎

Ayatollah Rajabi said, “It seems that some have suffered from political Alzheimer’s and have ‎forgotten past experiences of what the United States has done with Iran and the Revolution. ‎They don’t use their own reason and don’t accept apply the logic and religious teachings.”‎