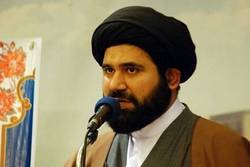 Former Director General of “Islamic Development Organization” Tehran branch, believes that Islamic Revolution, is an opportunity to enjoy the sweetness of religion and serve the people.

“The formation of the Islamic government has been the wish of all prophets. Today those who insist that the religion should separate from politics are often those who do not believe in the Day of Resurrection. They propagate the separation of religion from the policy based upon the Renaissance thought”, Nourizadeh said.

Tags: Islam Iran Revolution
Short Link rasanews.ir/201rIb
Share
0
Please type in your comments in English.
The comments that contain insults or libel to individuals, ethnicities, or contradictions with the laws of the country and religious teachings will not be disclosed