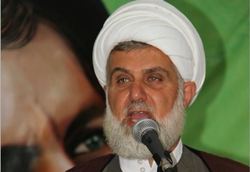 Rasa – Representative of Ayatollah al-Sistani issued a statement in which condemned an ‎attack on Hujjat al-Islam Sayyid Husayn Najib Muhammad.‎

The message says security officials must act in regard to their duties to provide security, ‎especially in the border areas given the frequent cases of the disruption of security and ‎encroachment on the sanctity of clerics. ‎

Tags: Najib Muhammad Lebanon Sistani Bandar
Short Link rasanews.ir/201rIC
Share
0
Please type in your comments in English.
The comments that contain insults or libel to individuals, ethnicities, or contradictions with the laws of the country and religious teachings will not be disclosed