We appreciate everyone who served in Arbaeen

Rasa - Representative of Grand Ayatollah Sistani appreciates all who served in Arbaeen Walk. 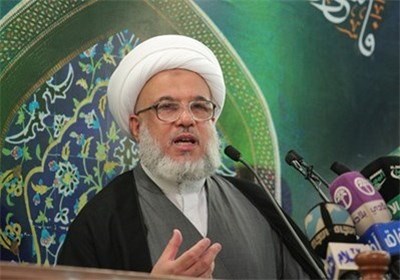 RNA - Representative of Grand Ayatollah Sistani appreciates all who served in Arba`een Walk.

“More than 14 million pilgrims from Iraq and other countries attend Arbaeen Walk”, the scholar stated.

“We appreciate all of Mawkebs*, security forces, health care, Media, managers of Imam Hussain and Hazrat Abbas holy shrines and everyone who served in this holy way”

Arba'een or Arbain is a Shia Muslim religious observance that occurs forty days after the Day of Ashura. It commemorates the martyrdom of Husayn ibn Ali, the grandson of the Islamic prophet Muhammad, who was killed on the 10th day of the month of Muharram. Imam Husayn ibn Ali and 72 of his companions were killed by Yazid I's army in the Battle of Karbala in 61 AH (680 CE).

Tags: Karbalai Arbaeen
Short Link rasanews.ir/201qnY
Share
0
Please type in your comments in English.
The comments that contain insults or libel to individuals, ethnicities, or contradictions with the laws of the country and religious teachings will not be disclosed