The crown prince of Saudi Arabia is a criminal

Rasa – Hujjat al-Islam Sayyid Hashim Safiuddin said that the crown prince of Saudi Arabia, ‎Muhammad ibn Salman is a criminal and a murder because he has killed Yemeni children.‎ 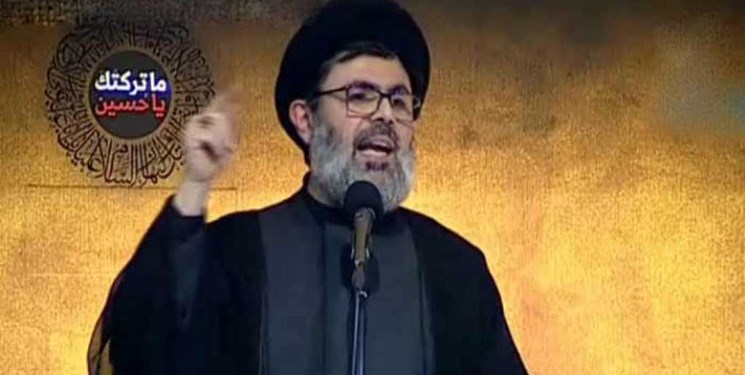 RNA – Speaking at the husayniyah of the southern Lebanese village of Dayr Qanoun al-Nahr, ‎Hujjat al-Islam Sayyid Hashim Safiuddin, the chairman of the Executive Council of Hezbollah, ‎said, “The level of insult and humiliation that have been inflicted on the House of Saud over ‎the last few days by President of the United States, Donald Trump, has not been recorded ‎by world media or world politics for decades.”‎

The Lebanese Shi’ah cleric added, “In every speech he delivers, Donald Trump humiliates the ‎House of Saud and forces them to pay money. These insults cause the House of Saud to be ‎scandalized and humiliated in the eyes of the world and find out the truth of this regime.”‎

He said, “The crown prince of Saudi Arabia, Muhammad ibn Salman is a criminal and a ‎murder because he has killed Yemeni children. By besieging Yemen, he has enfamished the ‎people. He is responsible for the hunger of the Yemeni people and for their deaths due to ‎various diseases, such as cholera.”‎

He continued, “All of Netanyahu’s claims that the Zionist regime launched 200 assaults on ‎targets inside Syria to eliminate Hezbollah’s missiles are mere illusions and lies.”‎

Hujjat al-Islam Safiuddin referred to the internal situation in Lebanon and said, “Since the ‎announcement of the results of the [May 6th] parliamentary elections, we have encouraged ‎all the people of the country to come together to form a government to counter the ‎changes in the region. We hope that some of those who. until yesterday, have obstructed ‎the path to the formation of a government, will now learn from past events so that we can ‎form a powerful and united country and establish an accountable government that bears ‎responsibility for this situation, which is in dire need of an economic and social action.”‎

Speaking at a rally in Mississippi on October 2nd, Trump said King Salman “might not be ‎there for two weeks” without American military support.‎