Rasa – The secretary of the Guardian Council referred to the ratification of the FATF by the ‎Iranian parliament and said, “We hope that the result of our actions will be in the interest of ‎Islam and the Islamic Revolution and will ensure the dignity of the country.”‎ 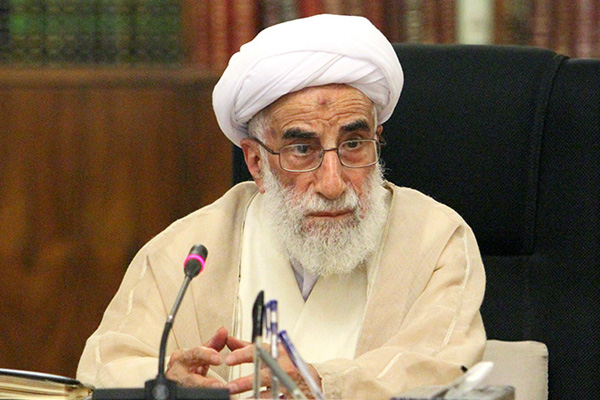 RNA – Speaking at Wednesday’s session of the Islamic Consultative Assembly, Ayatollah ‎Ahmad Jannati offered his condolences on the martyrdom anniversary of the second ‎Infallible Imam, Hasan al-Mujtaba, and said, “The naming of today as ‘Salman al-Farsi Day’ ‎on the official calendar of the country is a celebrated endeavour because Salman al-Farsi was ‎the protector of the Prophet Muhammad and Imam Ali.”

Referring to the outcome of the Iraqi elections, the secretary-general of the Guardian Council ‎said, “Although the United States made every effort so that they could prevent the ‎realization of the will and desires of the oppressed Iraqi people but due to the will of God ‎and compassionate planning, the result of the elections was to the benefit of the people.”‎

Iraqis voted in May in their first parliamentary election since the defeat of Daesh’s self-‎declared caliphate, but a contentious recount process delayed the announcement of final ‎results until earlier this month. ‎

Ayatollah Jannati referred to the ratification of the Financial Action Task Force (FATF) by the ‎Islamic Consultative Assembly and said, “The standard and criterion of the Guardian Council ‎for reviewing the FATF is the holy and canonical law and we hope that the result of our ‎actions will be in the interest of Islam and the Islamic Revolution and will ensure the dignity ‎of the country.”‎

He described the holding of the Arba’in al-Husayn pilgrimage as a symbol of political and ‎social goodness and blessedness and said, “The presence of the pilgrims of Imam al-Husayn ‎in this majestic exhibition, who lovingly proceed on this virtuous and blessed path from the ‎furthest points of the world, is definitely in the interest of the Islamic ummah, especially to ‎the Iraqi people, and we hope that in the face of rising exchange rates, the officials and ‎benefactors will assist in this pious endeavour.”‎