Rasa - Head of the Islamic Supreme Council of Iraq Sheikh Humam Hamoudi blasted the US for re-imposing new round of sanctions against the Iran, and said Washington should remain committed to international deals. 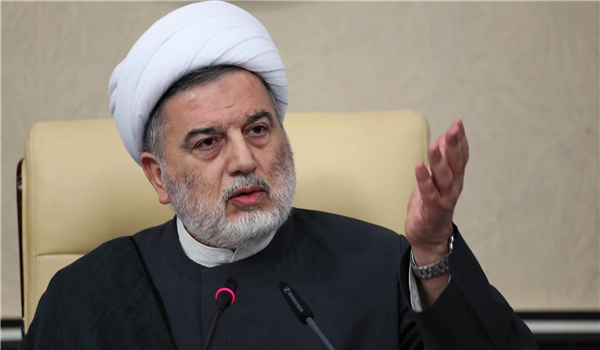 ccording to Fars News Agancy, Sheikh Hamoudi reiterated that Iraq is trying to establish a balanced relationship with the countries of the region and the international arena.

In relevant remarks in late September, the head of the Islamic Supreme Council of Iraq underlined that Tehran and Baghdad are beside each other in fighting the terrorist groups in the region.

"Iraq is fighting terrorism in the same front with Iran," Hamoudi said in a meeting with Iranian Ambassador to Baghdad Iraj Masjedi in the Iraqi capital.

The Iraqi official underlined that "the US is in pursuit of policies to turn the region unstable and insecure" by supporting terrorist acts.

Sheikh Hamoudi stressed the need for help by the international community to confront and uproot terrorism, and said, "Tehran and Baghdad fight terrorism and conspiracies in the same front."

Tags: US Iran Humam Hamoudi sanction Iraq Islamic Supreme Council of Iraq
Short Link rasanews.ir/201qjn
Share
0
Please type in your comments in English.
The comments that contain insults or libel to individuals, ethnicities, or contradictions with the laws of the country and religious teachings will not be disclosed