Rasa - Bahrain's most prominent Shia cleric, Ayatollah Sheikh Isa Qassim, will undergo a second surgery on his eye on Thursday in a hospital in the British capital, London. 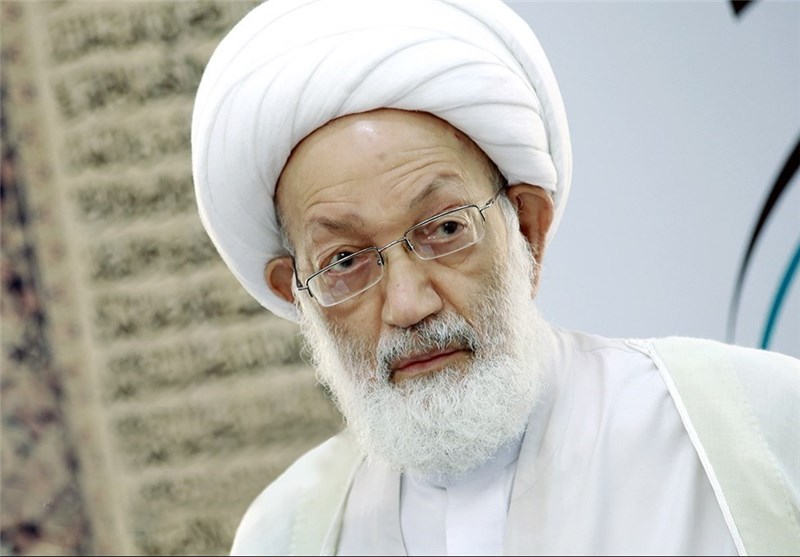 RNA - The team tasked with caring for the Sheikh released a statement on Thursday asking Bahrainis and Sheikh Qassim supporters to “pray to God Almighty to heal him and that the surgery be successful and that God grants him good health and wellness.”

They also revealed that this latest surgery is “complicated and accurate and needs a longer period and more accurate follow-ups.”

The latest operation follows on from two other “successful” procedures which were carried out by doctors also in London.

Sheikh Qassim left his home country for England on July 9 after doctors emphasized the need for his immediate transfer to a specialized hospital to prevent further deterioration of his health.

The Sheikh was initially hospitalized in Bahrain after his health began to deteriorate following a lengthy spell living under regime-imposed house arrest.

Sheikh Qassim is the highest religious authority on the island of Bahrain and is the spiritual leader of Bahrain’s main Shia opposition group, the Al-Wefaq National Islamic Society. He has been an outspoken critic of the Manama regime’s policies.

A regime court convicted the Sheikh last year for allegedly collecting illegal funds and money laundering. He was sentenced to one year in jail, suspended for three years.

He was also ordered to pay $265,266 in fines in a ruling which sparked widespread outrage and demonstrations across Bahrain. Sheikh Qassim and his supporters strongly rejected all the allegations.

According to Press TV, the cleric was also stripped of his Bahraini citizenship on June 20, raising fears that after his stay in London he may not be allowed to return to the country.

The Al-Wefaq opposition party, which has been banned in Bahrain, recently announced a boycott of the kingdom's upcoming parliamentary elections.

At an opposition press conference, held in London on Tuesday, opposition figures publicly urged for a boycott denouncing the elections as “a sham.”

“Nothing can be gained from these elections or this parliament. It is just legitimizing all the crimes committed against the people of Bahrain. Today we have more than 4,500 political prisoners which is the largest number in relation to population in the world,” said Jawad Fairooz, a former-Bahrain MP and Chairman of Salam for Democracy and Human Rights, while speaking to Press TV.

Ali al-Aswad, an opposition Al-Wefaq representative present at the conference, explained the opposition’s demands, urging the regime to “postpone the elections, to call the opposition for dialogue, to discuss all the conflicts and issues in Bahrain, starting from the constitution, speaking about discrimination, political naturalization.”

Sheikh Isa Qassim has not commented on the upcoming 2018 elections.

Tags: Sheikh Qassim Isa Qassim bahrain
Short Link rasanews.ir/201qim
Share
0
Please type in your comments in English.
The comments that contain insults or libel to individuals, ethnicities, or contradictions with the laws of the country and religious teachings will not be disclosed