Rasa – The custodian of the Maravi Seminary has paid tribute to the valuable activities of ‎Rasa News Agency in the field of informing the world of academic achievements and news ‎about the Islamic Seminary.‎ 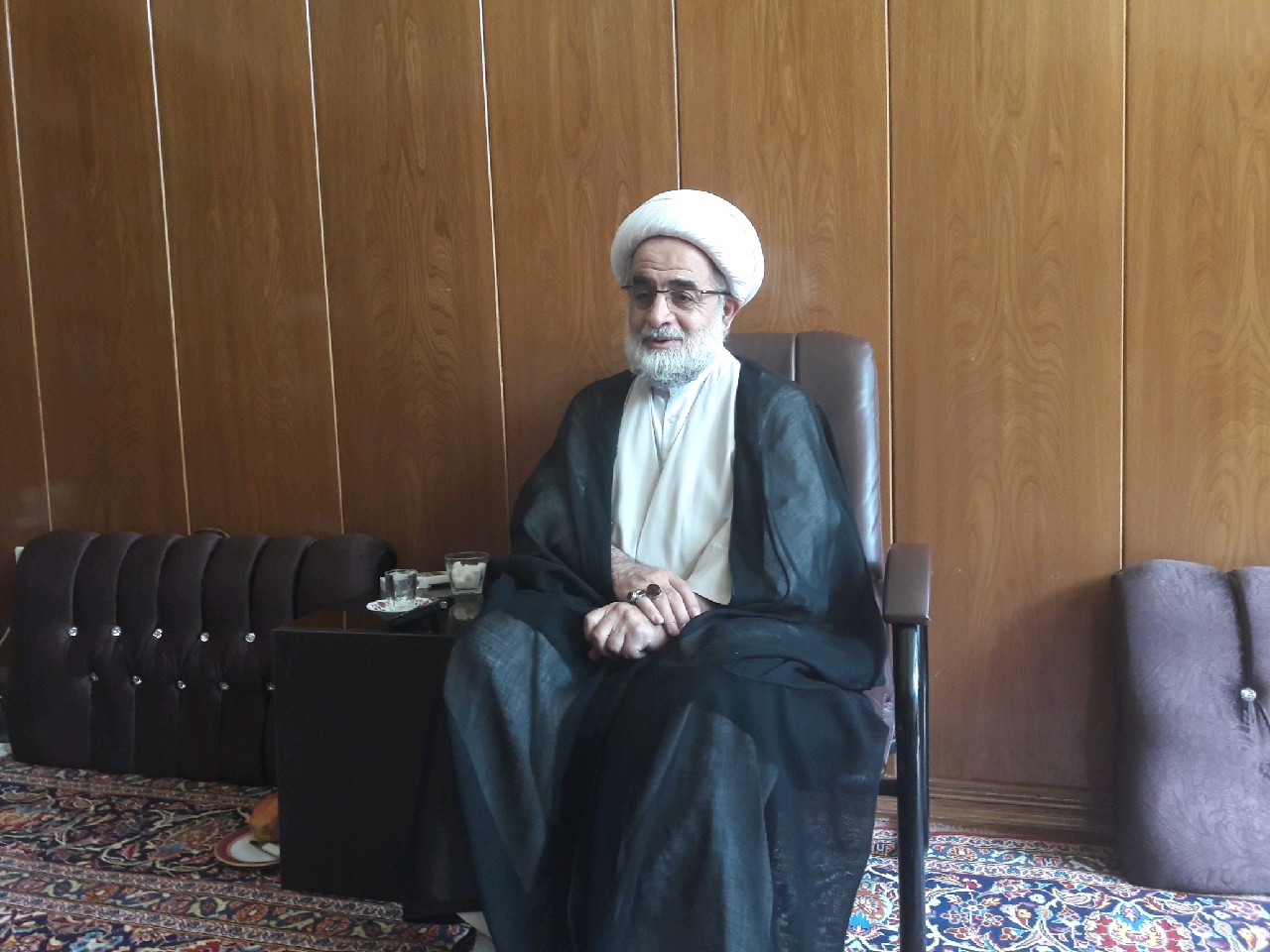 RNA – In a meeting with a number of the secretaries of Rasa News Agency, Ayatollah ‎Mohammad-Baqer Tahriri, the custodian of the Maravi Seminary in Tehran, referred to the ‎verse of the Holy Quran, “Those who deliver the messages of God and fear Him, and do not ‎fear any one but God; and God is sufficient to take account” [33:39] and said, “The issue of ‎the propagation of religion isn’t exclusive to individuals or a particular stratum, nor a ‎particular method. Anyone who can fulfill the divine mission, which is the same as the divine ‎religion, through desirable methods, is subject to the favour of God Almighty and is in line ‎with the goals of religion.”‎

The renowned Iranian scholar appreciated the valuable activities of Rasa News Agency in the ‎fields of providing information regarding the events, achievements and academic activities of ‎the Islamic seminaries and added “Rasa News Agency arose from the Islamic Seminary of ‎Qom. The seminaries are actually a model of divine religion and represent the manifestation ‎and the legitimacy of religion. The seminaries were constructed by the hands of the Ahlul-‎Bayt, who were the founders of the seminaries. Upon this basis, the threefold essence of ‎the religion was defended and developed.”‎

He stated that the first issue is about the discussion of religious beliefs, the second issue is ‎about the ethical and spiritual discussion of religion and the third issue is about the practical ‎issues of religion and along with these there are other issues as well and noted, “One ‎dimension of the seminary is to promote the content of religious issues and one of the ‎arenas of propagation is the media and we must engage in it and at any time, it has a ‎particular direction.”‎

Ayatollah Tahriri considered the media as an element of religious propagation and stated, ‎‎“One of the fundamental pillars of every culture, nation and religious culture is the ‎strengthening of the issue of the media of which its main position is a religious government ‎and in reality, the government is responsible for it.”‎

His Eminence stated that the work of the media is subject to discussion and this is ‎particularly true in regard to Rasa News Agency because of the fact that it work arose from ‎the seminary and essentially, it has been dealt with in religion. Both the mission and the fear ‎of God must be centred on this path.”‎

He considered media activities to contain some harm and emphasized the need for care in ‎these directions and said, “There are many people who aren’t familiar with media issues and ‎the propagation of religion or they haven’t understood it properly. The duty of the media is ‎to educate the public through enlightenment and the transfer of correct information.‎‏"‏

Ayatollah Tahriri added, “It’s necessary to try to find out the places where the enemies ‎intend to infiltrate or have infiltrated and entered into the media and explain the harms and ‎the methods to counter them to the community.”‎

His Eminence said that today the enemies have attacked the mourning ceremonies of the ‎Imams in order to remove the pure nature in any way from this divine path. The ‎missionaries are duty-bound to inform the people in these areas.‎

In conclusion, he said, “In the mourning ceremonies, unfortunately, some people pay ‎attention to marginal issues and it’s the duty of the missionaries to explain the principles of ‎mourning to the people, especially the youth.” ‎