Rasa – The secretary-general of the Association of Shi’ah Scholars of Pakistan said the United ‎States, the Zionist regime and Saudi Arabia support extremist sects in Pakistan as well as in ‎some other Islamic countries.‎ 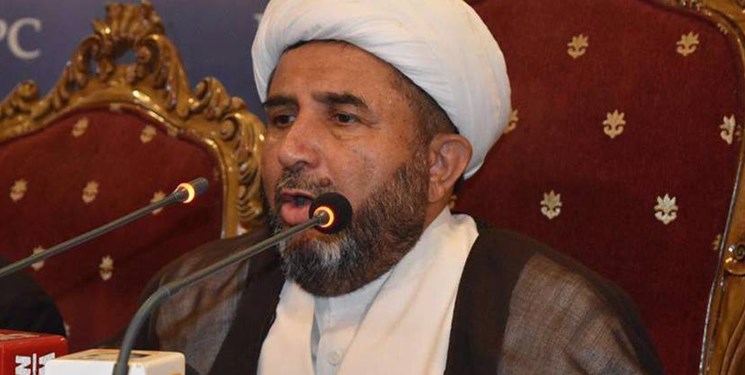 RNA – In an interview, Allamah Arif Wahidi, the secretary-general of the Association of Shi’ah ‎Scholars of Pakistan, referred to the recent remarks made by the President of the United ‎States, Donald Trump, against Saudi Arabia and said that that these remarks are an insult to ‎Riyadh.‎

During a rally in Mississippi on October 2nd, Trump said, “We protect Saudi Arabia. Would ‎you say they’re rich? And I love King Salman but I said ‘King, we’re protecting you. You ‎might not be there for two weeks without us. You have to pay for your military.”‎

His Eminence added that Trump’s remarks represent the strong link between the United ‎States, Saudi Arabia and Israel.‎

Allamah Wahidi emphasized, “Trump was completely correct when he said that without the ‎protection of the United States, the House of Saud cannot even last for two weeks.”‎

The Pakistani Shi’ah scholar stated, "In fact, the West and the House of Saud tried to divert ‎Muslims from their beliefs with a plan that had already been foreseen.”‎

Allamah Wahidi stated that the colonialists, with the help of the House of Saud and the ‎creation of deviant Islamic sects, challenged Muslim unity.‎

He said that an individual named Mirza Ghulam Ahmad claimed to be a prophet in the Indian ‎subcontinent, which was the result of the rivalry of the House of Saud with the West.‎

He added that former Secretary of State of the United States, Hillary Clinton, admitted in her ‎confession that Wahhabism and extremist sects were created in Pakistan with the financial ‎help of Washington and Saudi Arabia played a significant role in this regard.‎

Allamah Wahidi noted, “The path of the House of Saud was devised by the United States and ‎the West and is not related to authentic Islam.”‎

His Eminence said, “Upon taking possession of Hijaz, the House of Saud even changed the ‎name of this territory to Saudi Arabia.”‎

Allamah Wahidi said the triangle of the United States, Israel and Saudi Arabia support deviant ‎sects in Pakistan and also in other Islamic countries and also support Takfiri terrorist groups ‎such as Daesh.