If the officials and people adhere to Wilayat al-Faqih, there will be no harm to the system

Rasa – Referring to the enemies plots against Iran’s Islamic Revolution, a member of the ‎board of directors of the Assembly of Experts said that if the officials and people adhere to ‎Wilayat al-Faqih, there will be no harm to the country’s Islamic system of government. ‎ 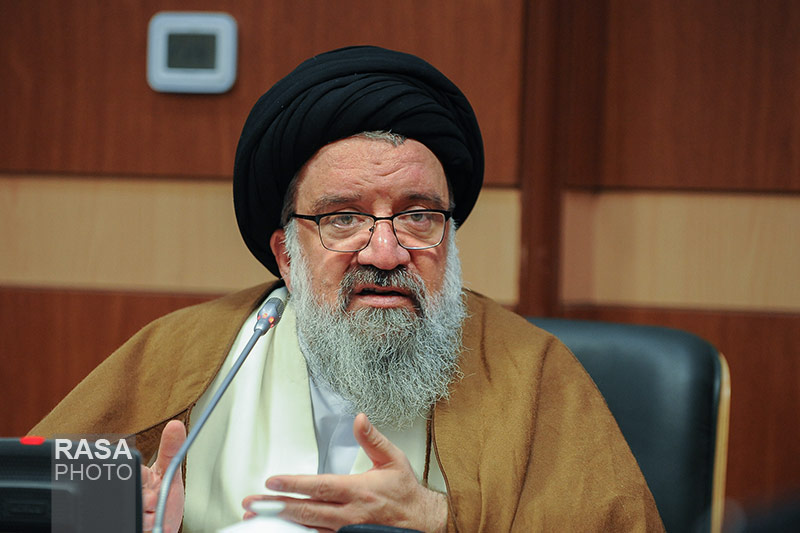 RNA – In an exclusive interview with Rasa News Agency, Ayatollah Sayyed Ahmad Khatami, a ‎member of the board of directors of the Assembly of Experts, referred to the upcoming ‎fortieth anniversary of Iran’s Islamic Revolution and said, “The fact is that we are seeing a ‎massive war being waged by the arrogant powers of the world against the Islamic ‎Revolution.”‎

The temporary Friday prayer leader of Tehran added, “Over the past forty years, the various ‎American presidents have sought to overthrow [the government of the Islamic Republic of ‎Iran] but the open admission that they have decided to overthrow the government is ‎dedicated to the current arrogant administration of the United States. This news is not ‎something that is hidden but rather its something that American officials themselves have ‎repeatedly acknowledged.”‎

Ayatollah Khatami said, “In order to realize their goal of overthrowing the Islamic system, ‎the enemies have launched a psychological war by making use of the internet and social ‎media and have begun a media war, which, unfortunately, some people within the country ‎are working with them but I am sure that they will be unsuccessful in this sinister objective ‎and the Islamic Revolution will easily overcome this ordeal.”‎

Referring to the Supreme Leader of the Islamic Revolution [Ayatollah Khamenei], His ‎Eminence stressed, “With the blessing of a Supreme Leader who is a jurisprudent, sincere, ‎alert, astute, brave and who accompanies the people, the enemies will be defeated.”‎

The member of the Society of Seminary Teachers of Qom added, “Over the past four ‎decades, it has been proven that if the people stand behind the Supreme Leader and adhere ‎only to the Wilayat al-Faqih [Guardianship of the Jurisprudent], there will be no harm to the ‎system.”‎

Asked about the root cause of the country’s economic problems, Ayatollah Khatami ‎answered, “The Supreme Leader said that the source of many of economic problems are ‎from within the country. Of course, the actions of the government in recent days have not ‎been ineffective on the dramatic decrease of the price of coins, gold and the exchange rate.”