Rasa – Referring to the enemies’ economic plots against Iran, Ayatollah Alavi-Gorgani called ‎on the people to support each other in this difficult economic situation in order to avoid a ‎false famine.‎ 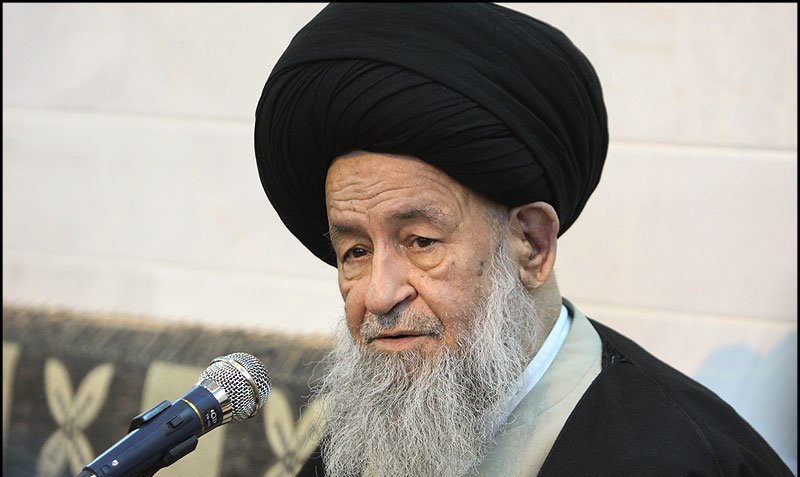 RNA – During a meeting with a number of professors and members of the Bright Future ‎Institute, Grand Ayatollah Sayyed Mohammad-Ali Alavi-Gorgani referred to the importance of ‎enlightenment in the field of Mahdism and said, “Unfortunately, the issue of the existence of ‎the Imam of Time has been neglected in today’s society and if this issue can be revived in ‎society, the people will find that the sacred existence of Imam al-Mahdi protects the world ‎and provides favourable grounds for the people.”‎

The prominent teacher in the Islamic Seminary of Qom said, “God has given you leadership ‎and this great position so that you can explain the issue of the existence of Imam al-Mahdi ‎so that society can see its good effects.”‎

Referring to verse 55 of Surah al-Nur, he said, “God has promised those who do righteous ‎deeds and the believers that He will make them ‎successors in the earth, just as He made ‎those who were before them successors and the future is in their hands and He provided ‎them with all of the facilities.” ‎

Ayatollah Alavi-Gorgani said that today, society must be in a state of suspicion and surprise ‎and said, “Today, in society, we must maintain a state of security and certainty in order that ‎the people are certain of their future.”‎

Referring to a narration from Imam al-Sajjad about the attributes of Imam al-Mahdi, the ‎revered source of emulation stated, “God gave Imam al-Mahdi seven traditions from the ‎prophets Adam, Noah, Abraham, Moses, Jesus, Job and the Prophet Muhammad.”‎

He said that the Infallible Imams had demanded that the believers to pay attention to the ‎issues of their time and remind the people of faith and said, “Some of the issues that we are ‎suffering from today are the issue of livelihood, the economic problems of the country and ‎the hoarding of goods, which unfortunately some people in society have been suffering ‎from.” ‎

In regard to the enemies’ economic plots against Iran, Ayatollah Alavi-Gorgani added, “We ‎ask the Iranian people to support each other in this difficult economic situation in order to ‎avoid a false famine, to keep the people calm and not forget God.”‎