Rasa – Hujjat al-Islam Abdolkarim Bahjatpour said, “We were able to isolate the United ‎States and make the world laugh at the President of the United States and even his allies ‎have deserted this country.” ‎ 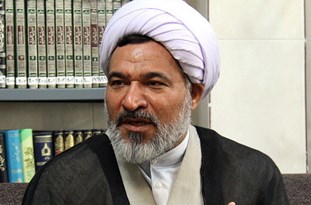 RNA – Speaking at an educational-cultural conference at the Ma’soumiyeh Institute of Higher ‎Education, a women’s seminary in Qom, Hujjat al-Islam Abdolkarim Bahjatpour stated that ‎seminarians are the soldiers of the Imam of Time [Imam al-Mahdi] and referred to the role ‎of women in the Islamic Seminaries of Iran and stated, “Seminaries dedicated to women are ‎young compared to the men’s seminaries which have existed for the past eleven centuries. ‎Women’s seminaries have only been officially active for 22 years but fortunately, they have ‎found their place and now there close to 500 seminary schools for women across the whole ‎country.”‎

The director of the Women’s Islamic Seminaries of Iran said, “The use of the capacities of ‎women in various fields, including the religious education of families and society, are among ‎the blessings of the Islamic Revolution and we must be grateful for this great blessing.”‎

He noted, “Today, the enemies are focused on women and the youth in order to defeat ‎Islamic Iran and this base of Islamic resistance because if women didn’t have a ‎transcendental position and weren’t ready for sacrifice, the Islamic Revolution would be in ‎decline and would become extinct.” ‎

Hujjat al-Islam Bahjatpour said, “The role that the women’s seminaries have today must be ‎seen and recognized and the existing problems must be resolved together so that Islam and ‎the Islamic Revolution aren’t harmed. The Islamic Revolution is a great opportunity and has ‎great capacities and even some prophets didn’t succeed in achieving such a revolution and ‎thus, we must appreciate this great opportunity and blessing.”‎

He said that the enemies didn’t learn from the sanctions on Iran’s military because at a time ‎when the military of the country was sanctioned, it was able to turn this threat into an ‎opportunity and the Islamic Revolution became very powerful from a military perspective‏ ‏and without doubt, the economic sanctions will become a great opportunity and the enemies ‎will once again be defeated.‎

Hujjat al-Islam Bahjatpour stated, “There’s no doubt that there are weaknesses in the ‎country and one doesn’t deny these weaknesses but we must try to resolve the problems ‎and resist against the pressure of the enemies and undoubtedly the Iranian people are the ‎continuation of the path of the martyrs.”‎