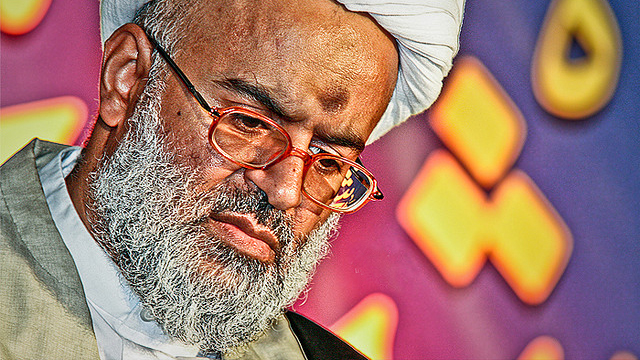 These human rights activists demanded the immediate release of this Bahraini Shi’ah cleric and ‎political leader, who has been imprisoned since 2011.‎

In their most recent attempt to pressure Hujjat al-Islam Abdul-Jalil and Yusuf al-Miqdad, the Al ‎Khalifah regime banned them from attending the funeral of their sister‏.‏

The coalition said that the Al Khalifah regime must release this lady, who is elderly and sick, as soon as ‎possible‏.‏

Hujjat al-Islam al-Miqdad is one of the leaders of the al-Wafa Movement. He was arrested on March ‎‎27, 2011 and tried before a military court. He is currently serving a thirty-year prison term for various ‎cases, including a life sentence in which he is charged alongside thirteen other political leaders and ‎human rights defenders for “conspiring to overthrow the regime.”‎

Thousands of anti-regime protesters have held demonstrations in Bahrain on an almost daily basis ‎ever since a popular uprising began in the country in mid-February 2011.‎

They are demanding that the Al Khalifah dynasty relinquish power and allow a just system ‎representing all Bahrainis to be established.‎

Manama has gone to great lengths to clamp down on any sign of dissent. On March 14, 2011, troops ‎from Saudi Arabia and the United Arab Emirates were deployed to assist Bahrain in its crackdown.‎

Tags: Abdul-Jalil al-Miqdad Bahraini scholars Bahraini Revolution Bahraini Scholar bahrain
Short Link rasanews.ir/201qfI
Share
0
Please type in your comments in English.
The comments that contain insults or libel to individuals, ethnicities, or contradictions with the laws of the country and religious teachings will not be disclosed