Rasa – A senior Bahraini scholar reported on the physical condition of the top Bahraini Shi’ah leader, Ayatollah Isa Qasim, who is at a hospital in the United Kingdom. 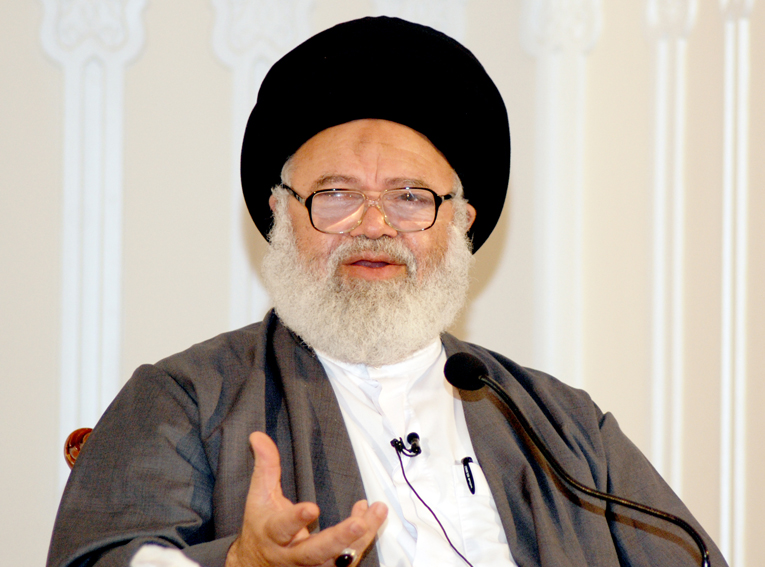 RNA – Speaking to worshipers in the Manama neighbourhood of Qafoul’s Imam al-Sadiq Mosque, Ayatollah Sayyid Abdullah al-Ghurayfi referred to the latest state of the revered Bahraini Shi’ah leader, Ayatollah Isa Qasim, and said, “The physical condition of Ayatollah Isa Qasim is suitable and he only needs to complete his medical tests.”

The Bahraini scholar said the course of treatment of Ayatollah Qasim is ongoing and reliable physicians are treating him.

Ayatollah Qasim left Bahrain for London, United Kingdom on July 9, 2018. This action was taken on the basis of medical reports and the consensus of doctors responsible on the basis of the urgent need for his immediate transfer to a specialized hospital to prevent the further deterioration of his health.

On August 16, he left the intensive care unit (ICU) after undergoing a “successful” operation at a London hospital.

On May 2, 2017, a Bahraini court convicted Ayatollah Qasim of illegal collection of funds and money laundering, and sentenced him to one year in jail suspended for three years. It also ordered him to pay $265,266 in fines in a ruling which sparked widespread demonstrations across the kingdom. The cleric has strongly rejected the allegations.

The Al Khalifah regime later dissolved the Islamic Enlightenment Institution founded by him as well as the opposition al-Risalah Islamic Association.

Bahraini authorities stripped the cleric of his citizenship on June 20, 2016 and a court affiliated with the regime condemned him to house arrest. Since then, his physical condition has deteriorated. On July 6, King Hamad ibn Isa Al Khalifah allowed him to travel to the United Kingdom for medical care.