Resistance against enemies is obligatory 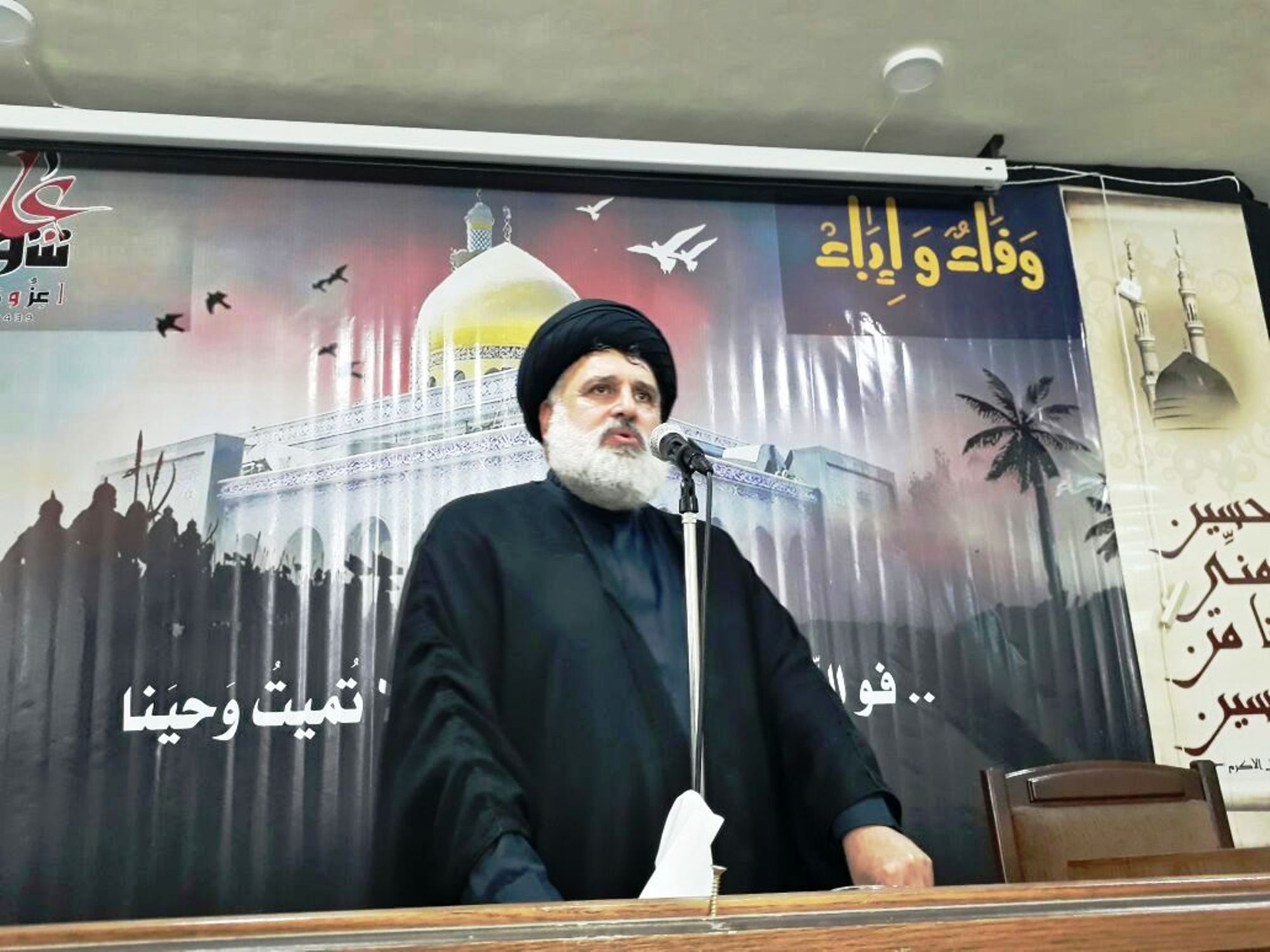 RNA – In a meeting with a group of Muslim and Christian clerics and religious scholars in the southern Lebanese city of Sidon, Hujjat al-Islam Sayyid Ali Abdul-Latif Fadhlullah, the head of the al-Fikr al-‘Amili [Practical Thought] Association of Lebanon, emphasized the need to maintain true unity and solidarity and said, “Resistance against the enemies is a religious and sacred obligation and if the Islamic Resistance Front didn’t exist, these victories wouldn’t belong to Lebanon and the region.”

The Lebanese Shi’ah scholar added, “By fighting against domestic corruption, supporting the poor, providing basic services for them, especially those who live near the borders and are struggling with a variety of problems, such as the scarcities of water, electricity and healthcare, we can support the Islamic Resistance Front.”

Shaykh Maher Hammoud, the chairman of the International Union of Resistance Scholars, also described the victories of the Islamic Resistance Front in Lebanon, Syria, Iraq and Yemen as very worthy and deserving of support.

The Lebanese Sunni scholar added, “Hezbollah and its allies stand strongly against the enemies despite their intensification of war and the implementation of various acts of sectarian sedition.”

Hujjat al-Islam Ahmad al-Zayn, the chairman of the Trusteeship Committee of the Association of Muslim Scholars of Lebanon, presented a report on the activities of this organization after the Islamic Revolution from 1982 until now and said, “The true enemy of the Arab and Muslim world is the Zionist occupying regime.”

The Lebanese Sunni scholar emphasized that Iran supports the Islamic Resistance and the liberation movement in the world, especially in Palestine and Lebanon.

He considered the victory of the Islamic Resistance Front in Palestine as a divine promise and added, “The issue of the liberation of Palestine from the occupying Zionist regime will never be overlooked as a global priority.”

In conclusion, Hujjat al-Islam Fadhlullah demanded more support for the Palestinian refugees in Lebanon and stated, “The rights of the refugees, such as the right to treatment and work, must be given close attention.”