Rasa - The Afghan Ulemas, religious scholars, have urged the Afghan government and the Taliban militants group to declare a permanent ceasefire. 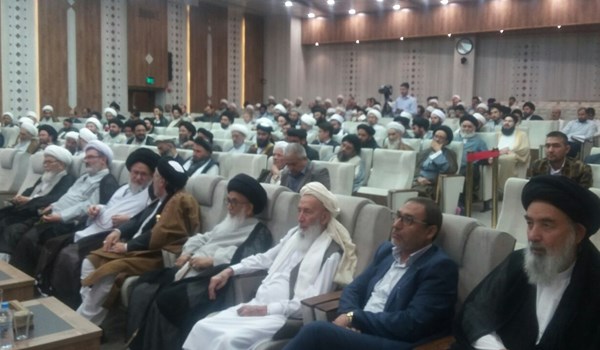 RNA - The Afghanistan Ulemas Council Chief Mawlavi Qeyamuddin Kashar said the religious scholars have an offer for the declaration of a permanent ceasefire, Khaama Press reported.

Mawlavi Kashaf made the remarks during a gathering in capital Kabul.

He said the declaration of a permanent ceasefire by the government and the Taliban group would result into the launch of direct talks for peace between the two sides.

This comes as a Presidential Spokesperson, Haroon Chakhansuri had earlier said that there are chances of another ceasefire announcement with the Taliban group during Eid Al-Adha.

Speaking to reporters in Kabul nearly two weeks ago, Chakhansuri further added that signs of interests are seen on all sides, the government and Taliban, to declare another ceasefire during the upcoming.

According to Fars News Agancy, he said the ceasefire will only be declared based on the decision of the government and demands of the people and religious scholars.

The officials in the Chief Executive Office of the Unity Government had earlier informed regarding the possible announcement of ceasefire with the Taliban group.

The officials in the Chief Executive’s Office had said that the government officials are mulling ceasefire with the Taliban during Eid Al-Adha to show a sign of goodwill to end the ongoing violence in the country.

Tags: Afghan Scholar Religious
Short Link rasanews.ir/201qCE
Share
0
Please type in your comments in English.
The comments that contain insults or libel to individuals, ethnicities, or contradictions with the laws of the country and religious teachings will not be disclosed