Rasa – A member of the Society of Seminary Teachers of Qom pointed to the need for the clergymen and imams to be aware of the issues facing society, such as cultural and political issues and said, “Awareness in regard to political issues is an aspect of the clergy.” 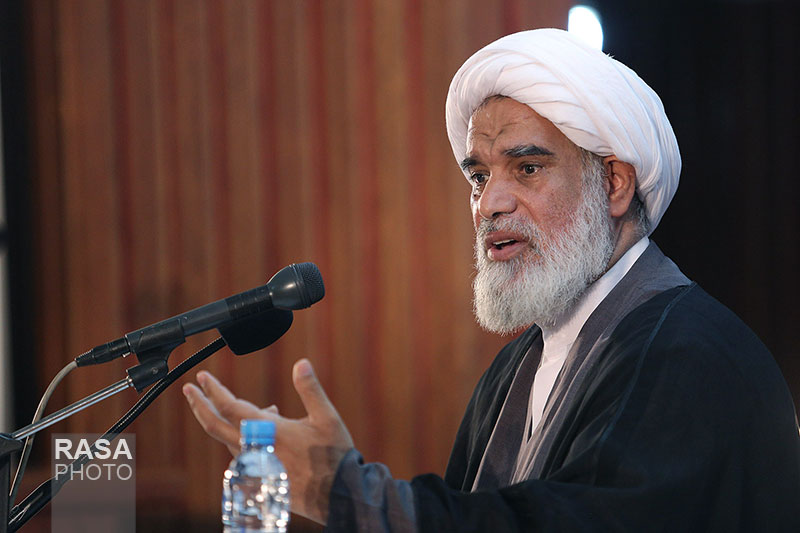 RNA – Speaking with a group of seminarians, clergymen and imams from various mosques in Iraq, Ayatollah Abbas Ka’bi, a member of the Society of Seminary Teachers of Qom, and said that the Society of Seminary Teachers has a history of more than fifty years and said, “The founders of this association were often the students of the late Imam Khomeyni and this association is in fact considered as the point of contact between the sources of emulation, the government and Islamic system.”

The representative of the people of Khuzestan province in the Assembly of Experts further commended the clerics in Iraq for their jihadi activities, adding, “The jihadi and propagandist movements and maintaining flourishing mosques and husayniyahs to propagate pure Muhammadan Islam in the community are worth the effort and we must be appreciative of your efforts.”

He said, “What is obtained from the Quran and the traditions of the Ahl al-Bayt is that the preparation of mosques and husayniyahs for the establishment of prayer, religious occasions and communication with people have a high priority in cultural movements and there is no need to explain these because after his migration to Madinah, the first act of the Prophet Muhammad was to establish a mosque and even before that, he sent people to promote Islam.”

Referring to the importance of efforts to revive mosques based on scholars, especially in Iraq, Ayatollah Ka’bi said, “The mosque can resist cultural wars. Of course, the important issue of the formation of a trusteeship committee of the mosque is that it should be composed of religious people and an imam who resides in the neighbourhood of the mosque.”

His Eminence emphasized that the youth are always targeted by the enemies and for this reason, attracting them to the mosque is of great importance, saying, “The other issue is that the clergy and the missionaries must deal with the people with tolerance and this is a very important issue as the Prophet of Islam said, ‘God commanded the people to perform their religious duties with the people at the same amount that he ordered me to do so.’”

He said that the lessons on law, exegesis, theology, history and prophetic biography must be expressed to the people by the virtuous clergy for the sake of the people, especially the youth, because the mosque is a great religious school.

Ayatollah Ka’bi added, “One of the most important issues for the imams is their involvement and their insight into political issues. Of course, some complain that a cleric must not interfere in political affairs, while the clergy and jurisprudents are the representatives of Imam al-Mahdi and thus, just as the Infallible Imams were responsible for political leadership over the people, the clergy of the mosques must also be aware of the political issues and inform the people.

In conclusion, he stated, “The mosque is a religious, theological, and even military centre and we see that many of the Islamic-oriented resistance movements have established the bases of their activities in mosques. For this reason, you in Iraq who enjoy great sensibility, must take note of this issue and while working alongside, sympathizing with the people and addressing their problems, you must strive through insight and understanding of political issues.”