Meeting the ISIS-supporting Media of Saudi Arabia is embarrassing

Rasa - The Iraqi Radio and TVs’ secretary general asserted, meeting the media of House of Saud, who have supported the ISIS is embarrassing. 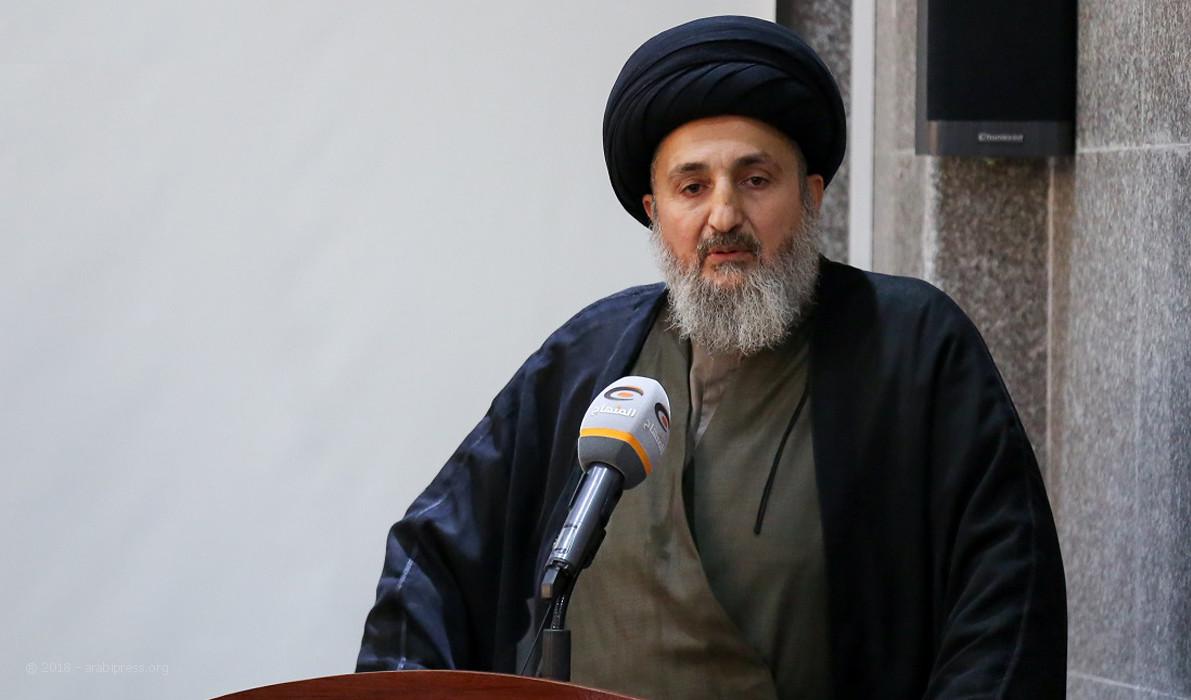 RNA – In a press conference, pointing to his refusal to meet the Saudi media delegation, the secretary general of the Iraqi radio and TVs, Hujjat al-Islam Sayed Hamid al-Husseini stated, “meeting the Saudi media managers is never an honour, and their presence in Iraq brings sorrow and grief to the Iraqi people”.

‘Meeting such individuals will be embarrassing, as they were the Saudi media and papers which supported ISIS in killing the Iraqi people’, he said.

Al-Husseni declared, “the managers of the Saudi media organizations distorted the image of Iraq, they broadcasted whatever the ISIS was doing during a three-year war and provoked other Arab states against Iraq.

“The Saudi media broadcasted false news on Iraq, accordingly we condemn their presence in our land and whoever welcomed them”, Al-Husseini added.

The secretary general of the Iraqi radio and TVs stated “we consider the Saudi media delegation as supporters of ISIS and we believe they came to Iraq to share the victories of our nation”.

He pointed out, ‘the Saudi media delegation should have been invited to Wādī as-Salām cemetery in Najaf or to martyrs` houses so that they could see the result of their act of broadcasting false news and Takfiri Fatwās against Iraqi nation which lead to thousands of innocent youths being killed”.

Tags: Iraq Saudi
Short Link rasanews.ir/201pbd
Share
0
Please type in your comments in English.
The comments that contain insults or libel to individuals, ethnicities, or contradictions with the laws of the country and religious teachings will not be disclosed