A few monopolizers, speculators cannot be the enforcers of justice in society

Rasa – Hujjat al-Islam Amanollah Alimoradi said, “Unfortunately, some people are seeking to take advantage of the better economic conditions [in Iran] through monopolization and speculation and such people cannot be agents of providing justice in an Islamic government.” 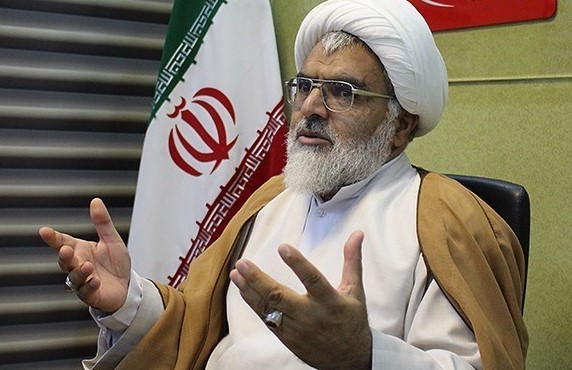 RNA – In an interview with Rasa News Agency, Hujjat al-Islam Amanollah Alimoradi, the representative of the people of Kerman in the Assembly of Experts, referred to the statements of the Supreme Leader of the Islamic Revolution, Ayatollah Sayyed Ali Khamenei, during his meeting with the people of Iran’s East Azerbaijan province on February 18th and stated, “The principle of justice is one of the inalienable principles of Islam and, consequently, it is one of the fundamental principles of the Islamic Revolution of Iran. All Islamic rulings are based on justice and must be implemented on the basis of justice.”

The Iranian official and cleric stated that the Islamic Revolution of Iran was established for the realization and dispensation of Islamic rulings under the leadership of the late Imam Khomeyni and by the honourable people of Iran, which is why the main pillar of this revolution is also justice.

Noting that the Supreme Leader said that Iran is lagging behind in the implementation of justice, he stated, “The reason for the backwardness is due to the inadequate performance of the officials who are in the middle ranks of the Islamic establishment and are responsible for the administration of justice in the country.”

Hujjat al-Islam Alimoradi argued that if a person in charge of economic, political, social, cultural and other affairs, on the basis of self-centredness, wishes for himself or his political faction to govern, even though someone more competent than him exists, it is not consistent with justice.

The seminary and university teacher pointed out, “The requirement for justice is that there is an opportunity and possibility for service by all deserving and competent people but when we prefer ourselves and do not pay attention to the merits of the people, justice will remain on the ground.”

He said, “Unfortunately, some people are seeking to take advantage of the better economic conditions [in Iran] through monopolization and speculation and such people cannot be agents of providing justice in an Islamic government.”

Hujjat al-Islam Alimoradi said that the most important disadvantage in the country today is related to people who are employed in the middle ranks of the Islamic establishment. “This group did not act in a deserving manner and the result is that we are faced with inequality and an economic gap in society,” he stressed.

His Eminence stated that there have been too many weaknesses in the area of oversight, saying, “There have been a lot of weaknesses both within the executive management system and also within the administrative system, which ultimately led to discrimination and large class differences in society.”

Tags: Alimoradi Amanollah Alimoradi Leader of Iran Iran Iranian politics Iran's Supreme Leader Iranian Revolution Islamic Republic of Iran Iranian Government
Short Link rasanews.ir/201pbP
Share
0
Please type in your comments in English.
The comments that contain insults or libel to individuals, ethnicities, or contradictions with the laws of the country and religious teachings will not be disclosed