Rasa – The Lebanese Sunni cleric said, “The existence of crises, corruption and inefficiency in Islamic societies are among the main reasons for a tendency towards Takfirism.” 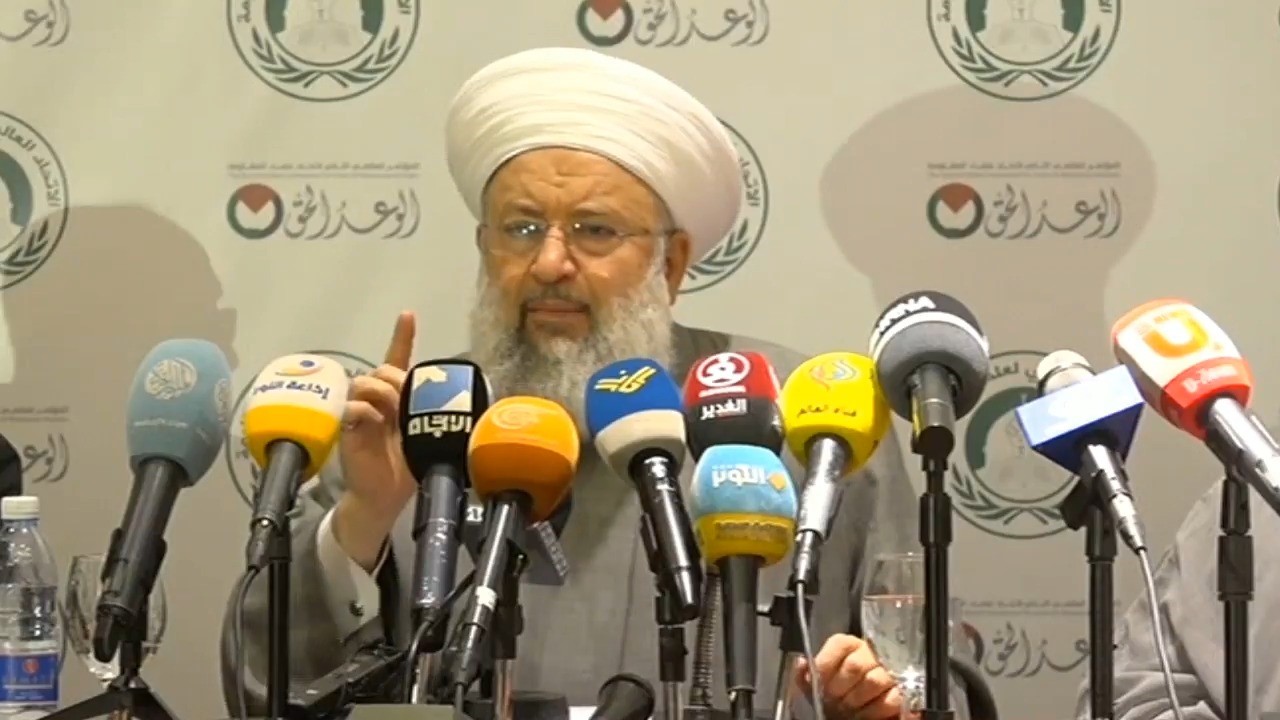 RNA – In an exclusive interview with Rasa News Agency, Shaykh Maher Hammoud, the chairman of the International Union of Resistance Scholars, spoke on the reasons why a group of young people have gravitated towards radical movements and said, “The existence of crises, corruption and inefficiency in Islamic societies are among the main reasons for a tendency towards Takfirism. The fact that many revolutionary, ethnic, and even Islamic movements have been defeated experiences has led to the disappointment among the youth.”

The Lebanese Sunni cleric added, “All these issues have made the youth feel that they could make a difference through the Takfiri phenomenon.”

Shaykh Hammoud described the manipulation of the concept of jihad as one of the measures of the radical movements, “The Takfiris were able to make the most of the mistakes of a certain ruling regime in a certain country. When the Arab rulers, against the will of the people, were allies with the United States and the Zionist regime, the Takfiris took advantage of the vacuum that had been created in this area and encouraged a group of people who were really fascinated by jihad towards themselves.”

His Eminence added, “Some moderate Islamic movements were devious and for this reason they failed,  whether in the field of politics or in the field of propagation and social and cultural activities. It could be said that failure in the political arena is more important than everything else because it opened up space for others who had an extreme understanding of Islam. Some young people also turned to Takfiris through moderate movements.”

Shaykh Hammoud stressed, “The Muslim world needs a successful model more than ever. A model that can provide concrete achievements to the youth. Naturally, every movement has strengths and weaknesses but in any case, our correct knowledge will encourage the youth to come towards us out of their own will.”

He stated, “Movements which are successful in propagation activities are those which can be developed in the first instance as set of religious, political and social statements alongside each other and in the second instance, they can be implemented. Only then can one hope that more and more of the youth would have hope in in the Islamic Resistance Axis and the movement of Islamic moderation.”

Referring to the fact that the Takfiris are attempting to influence the youth through an outwardly manifested form of Islam, the Lebanese scholar said, “It is by no means possible to think of these movements as wholesome. They are merely outwardly righteous and some of the people are deceived by this issue. As the Prophet Muhammad said, ‘The person who watched them thinks that they are truly religious but from up close, they faced with another reality.’ This is one of the traps that ensnares the youth in the ideology of the Takfiris.”

Shaykh Hammoud emphasized, “In the tradition and statements of the Prophet, and also in various occasions, we witness warnings against the people with this ideologies and styles. These are the people  who take an ax to the roots of Islam in the name of jihad.”