Iranian people are more resilient, determined than the past in protecting the Islamic Revolution

Rasa – The revered source of emulation said, “The officials must understand the livelihood problems and the economic situation of the people and think about serving them.” 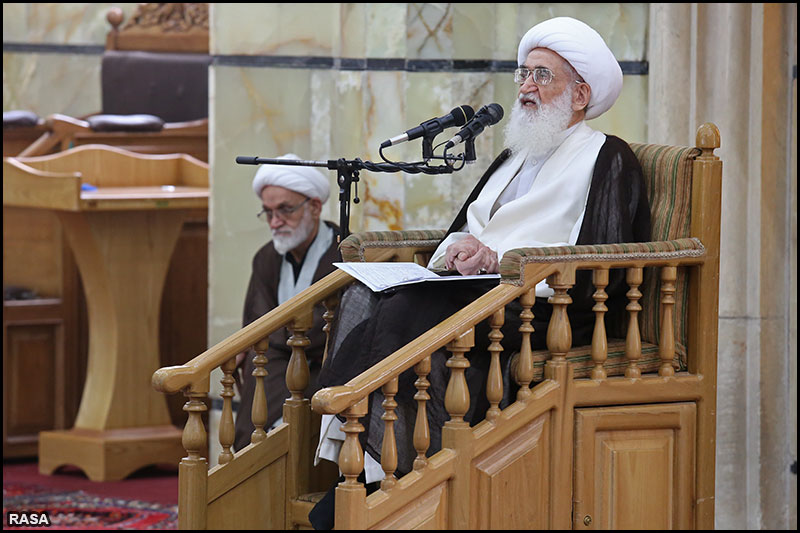 RNA – Speaking during his advanced jurisprudence class at Qom’s Grand Mosque, Grand Ayatollah Hoseyn Nouri-Hamadani praised the widespread presence of the people in the 22 Bahman rallies marking the victory of Iran’s 1979 Islamic Revolution and the founding of the Islamic Republic of Iran, and offered his appreciation and thanks to the Iranian people..

Ayatollah Nouri-Hamadani arguing that authorities have a heavy duty to be vigilant and to have respect for the people and said, “Although the people suffer from problems, they do not abandon the Islamic Revolution, the establishment and the Supreme Leader.”

According to Rasa News Agancy, Ayatollah Nouri-Hamadani said, “The value of the youth who are present on the scene despite the existence of difficulties must be aware and the background for employment and marriage for them must be provided. The country’s problems can be solved through unity and sympathy around the Supreme Leader and compliance with his commands.”

Each year, millions of Iranians take to the streets across the country on 22 Bahman (the date on the Persian calendar coinciding with the anniversary of the February 11, 1979 Islamic Revolution) to commemorate the victory of the revolution, which put an end to the monarchical rule of the American-backed Pahlavi regime.