On 22 Bahman, Iranians will demonstrate to the enemies their loyalty to the Islamic Revolution

Rasa – Ayatollah Makarem-Shirazi said that the Iranian people will demonstrate to the enemies their loyalty to the Islamic Revolution on 22 Bahman (11 February). 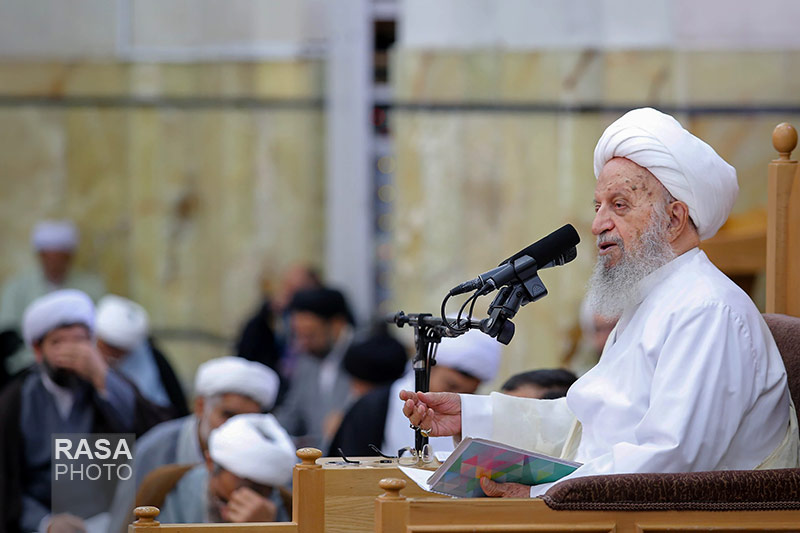 RNA – According to Rasa News Agency, several sources of emulation have called on the insightful and revolutionary people of Iran to participate in the 22 Bahman (11 February) rallies which mark the 39th anniversary of the country’s Islamic Revolution in a passionate, widespread and enemy-defeating manner in their lessons and recent meetings.

Today, in his advanced jurisprudence class at Qom’s Grand Mosque, Grand Ayatollah Naser Makarem-Shirazi emphasized the necessity for an epic, extensive and passionate presence by the brave people of Iran in the 22 Bahman rallies and added, “Everyone must take part in the 22 Bahman rallies and launch another attack on the enemies. Through the 22 Bahman rallies, it will be clear that after almost forty years, the people are interested in their revolution and these massive rallies are a sign of the people’s loyalty to the revolution and with these actions, the enemies will be disappointed and frustrated.”

The prominent professor in the Islamic Seminary of Qom argued that recent riots in Iran have created a false hope for the enemies and added, “We must demonstrate through our passionate presence that this hope will lead to disappointment.”

Each year, millions of Iranians take to the streets across the country on 22 Bahman (the date on the Persian calendar coinciding with the anniversary of the February 11, 1979 Islamic Revolution) to commemorate the victory of the Revolution, which put an end to the monarchical rule of the US-backed Pahlavi regime.