Corruption, discrimination have no meaning in a revolutionary society after 39 years

Rasa – Ayatollah Hoseyni-Bushehri said, “We must close the paths which allow the enemies to penetrate and remove corruption and discrimination from society so that people at the beginning of the 39th year of the Islamic Revolution will have the same vitality of the year 1979.” 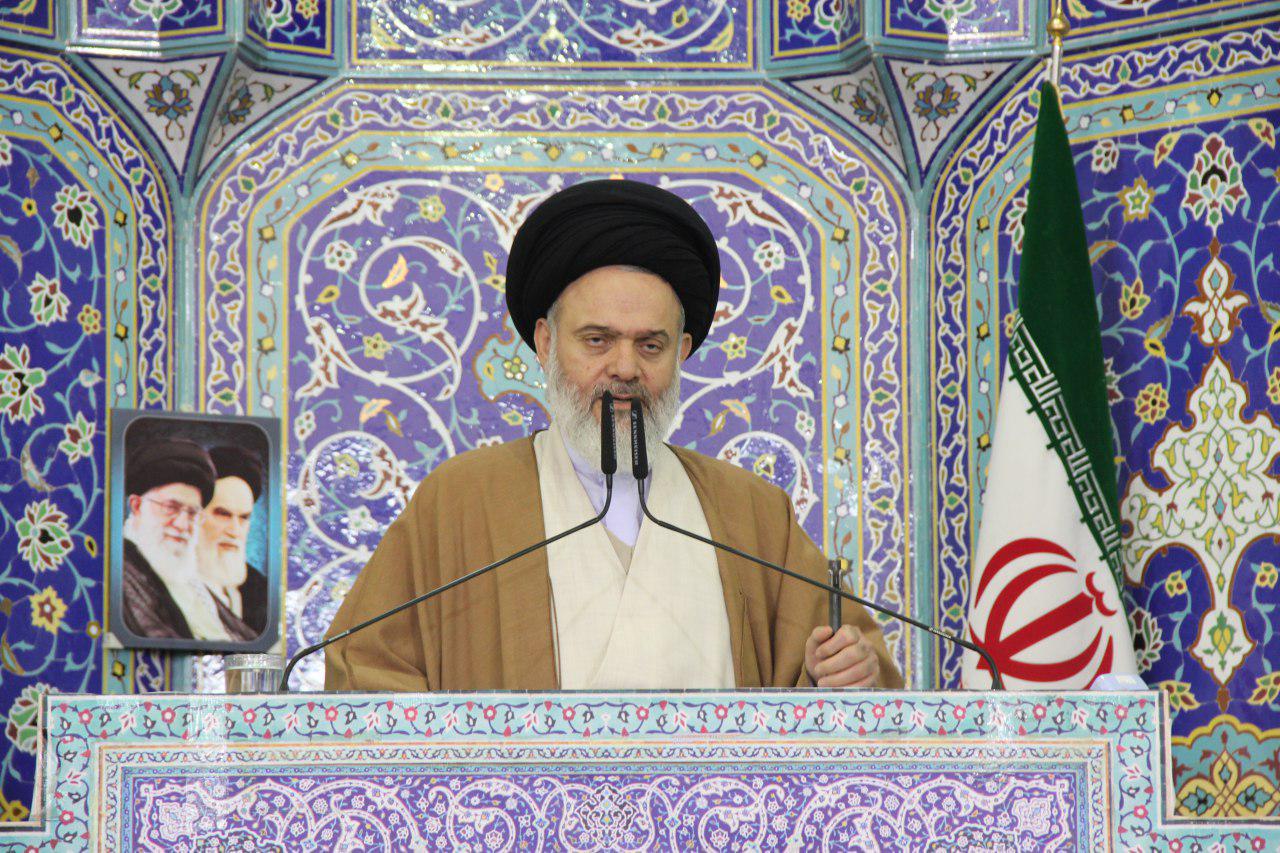 RNA – In his Friday prayer sermon to a large and fervent crowd of believers in Qom’s Quds Prayer Hall, Ayatollah Seyyed Hashem Hoseyni-Bushehri offered congratulations on the Ten-Day Dawn, which marks the 39th anniversary of the 1979 Islamic Revolution, which put an end to the ruling of the American-backed Pahlavi regime in Iran, and said, “The victory of the Islamic Revolution was a great divine blessing.”

The member of the Supreme Council of the Seminary added, “The Quran says to recall the days God has granted bounty upon you that the tyrannical government that wanted to destroy your existence but God rescued you. The believers and revolutionaries must have God and trust in God’s work. If there is a solid foundation, no superpower can conquer the believers.”

He noted that in relation to events, societies are divided into two categories, “Some societies endure events and use threats to the benefit of their values and religion and are steadfast on the scene and conquer the peaks of honour.”

Ayatollah Hoseyni-Bushehri added, “Others didn’t use the opportunities and feel weak and their lack of belief becomes apparent and such a nation destroys its future, the Iranian nation saw hard events, but stood firm with determination. Where he was able to reach the peaks of pride and dignity.”

Stating that the Iranian nation was able to overthrow a bloodthirsty regime which was armed to the teeth, the member of the Society of Seminary Teachers of Qom said, “This regime, which was at the height of political incompetence and adherence to foreign powers, imposed great harm on the religion and the aspirations of the people.”

He said, “The oppressive regime expelled people from the country, dried up the thoughts of the youth, left the hands of the foreigners open to plunder and destroyed the economy but the Iranian people were able to overthrow such a cruel regime by the will of God.”

The member of the board of directors of the Assembly of Experts added, “The blindness of the enemies, the hope of Islamic society is still alive and vibrant, the orientation of the Islamic Revolution has not changed, and the ideals of the revolution have been preserved, progress in various fields and important sciences, such as the nuclear issue, have been made. All achievements have been made by the people of Iran despite difficult conditions, such as sanctions.”

He called on everyone to participate in this years’ 22 Bahman (11 February) marches and stated, “The passionate presence of the people will cause the powers to collapse. The authorities must pay attention to the fact that the people have spared no expense for the revolution but corruption and discrimination in the revolutionary society have no meaning after 39 years.”

Ayatollah Hoseyni-Bushehri said, “The authorities must know that the enemies are trying to deviate the minds of the people with a soft war toward what they want. For this reason, they must not put any tools into the enemies’ hand which allow them to harm us. We must close the paths which allow the enemies to penetrate and remove corruption and discrimination from society so that people at the beginning of the 39th year of the Islamic Revolution will have the same vitality of the year 1979.”