Seminaries must observe the problems of the day

Rasa – Ayatollah Sayyed Mohammad Gharavi said, “In order for the Islamic Seminaries to grow and reach excellence, they must observe the problems of the day among society.” 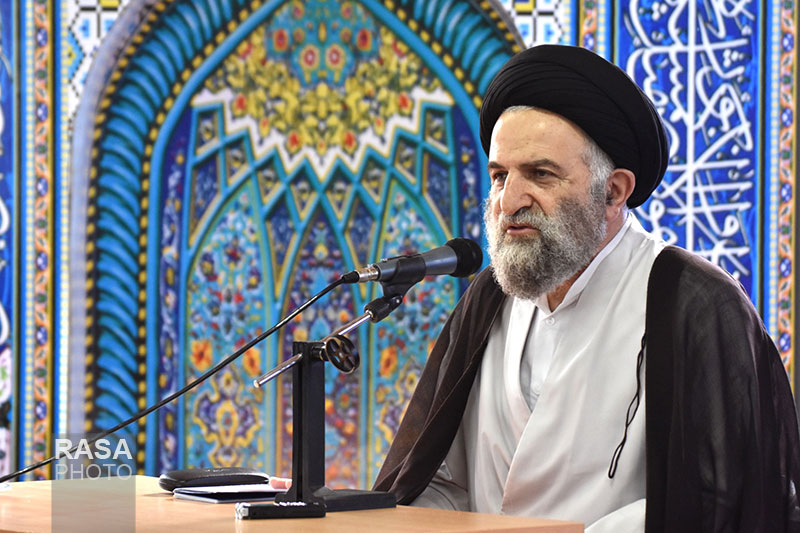 The senior Iranian cleric congratulated the students on the victory of the Islamic Revolution and on Ayyam al-Fatimiyyah, the twenty day period marking the martyrdom of Lady Fatimah al-Zahra, saying, “In order for the Islamic Seminaries to grow and reach excellence, they must observe the problems of the day among society and to plan accordingly.”

He added that in the years preceding the Islamic Revolution, the country had only a “oil status,” which was why it was frequently attacked by the enemies and foreigners.

Pointing to the remarkable progress made by Iran after the Islamic Revolution, Ayatollah Gharavi noted, “After the revolution, Islamic Iran not only achieved independence, but also became an influential regional power.”

The member of the Society of Seminary Teachers of Qom stated, “One of the characteristics of a God-fearing scholar is that he has always seen himself before God and establishes his actions according to the pleasure of God.”

Referring to the words of Imam Ali in the importance of the position of knowledge and scholars, he added, “Gaining knowledge is better than accumulating wealth because knowledge has status in this world and in the hereafter but wealth will end in this world.”

Ayatollah Gharavi has argued that the acquisition of knowledge requires support and this support will be piety which can be benefited from the truth of knowledge.

Tags: Iran Seminary Iranian Revolution Qom Seminary Islamic Republic of Iran Islamic Seminary Ayatollah Gharavi Iran Seminary Iranian Government
Short Link rasanews.ir/201pVJ
Share
0
Please type in your comments in English.
The comments that contain insults or libel to individuals, ethnicities, or contradictions with the laws of the country and religious teachings will not be disclosed